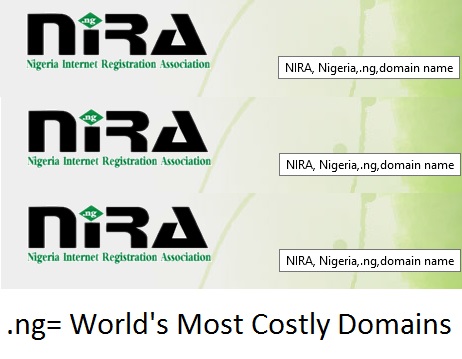 The Nigerian Internet Registration Association, NiRA has shut down the Every Nigerian Do something, ENDS.ng website through one of its certified Registrar agencies, Web4Africa.ng.

ENDS is a civil organization registered in the United States.

The ENDS official site was put offline via suspension of its domain name on June 1st 2015.

ends.ng has been suspended in the registry and will no longer be included in zone file generation.  This means that any services connected with this domain, such as websites or email addresses will cease working shortly.

Please contact your registrar if you have any questions about this process.  Your registrar’s details are as follows:

However this explanation for the shutdown of the Nigeria domain registered website was untrue. On the 1st of April 2015, ENDS management had paid $98.44 for domain renewal till June 1st 2016.

NiRA was contacted and refused to respond as at the time of this Press release.

NIRA selling the .ng domain has been condemned for selling .ng domains at the most expensive rate of any domain in the world.

Examples of NIRA listed accredited registrars and their prices:

AfricaRegistry sells at $600, though we did not confirm they are accredited though NiRA allows the selling of domains by subsidiaries of their accredited registrars.

This compares to all international domains like .com, .org, .US etc which sell for just about $14/year.

The NiRA established under the Olusegun Obasanjo government has never explained why it discourages a Nigeria online presence and potential web entrepreneurs with its exorbitantly priced domains.

The same websites listed on NiRA that sell .ng domains at an average of $100/year sell international domains for $13 and less.

The Nigerian corporate commission has since the Obasanjo era and through the Jonathan years failed to reign in on this extortion of Nigerian web entrepreneurs and in effect online browsers who indirectly bear the brunt of this extortion.

In February this year the National Broadband Council took up NiRA on .ng cost requesting they slashed it at least by a half to make it more reasonable for Nigerians. Dr Omobola Johnson, the former minister of communication technology under the Jonathan government this April commended NiRA for its ‘activities.’

According to the website NiRA was created and transferred to private stakeholders by the Obasanjo government during the privatization (cabalization) era.

The Nigeria Internet Registration Association (NiRA) was founded on March 23, 2005 as a stakeholder-led organisation, charged with the management of the Nigeria’s country code Top Level Domain Name (ccTLD), dot ng. The transfer of the appropriate management of this important National Resource was coordinated by the National Information Technology Development Agency (NITDA) on behalf of the Federal government of Nigeria. Stakeholders within Nigeria’s Internet community participated in its formation. It was registered as an Incorporated Trustee on February 9, 2007.

NIRA’s formation brought to an end the long years of controversy in the country, over the management of this critical national resource, following the intervention of the then President, Chief Olusegun Obasanjo. The re-delegation of the .ng ccTLD came nearly 12 years after the country code was hosted first in Italy, and later by Mr Randy Bush, an American. While Mr Bush was the technical contact for the ccTLD, Mrs. Ibukun Odusote served as the administrative contact.

NiRA works under guidelines of Internet Corporation for Assigned Names and Numbers, ICANN. The exorbitant cost NiRA sells domain names as well as the possible targeting of civil right and anti-corruption activist organizations are issues that violate international principles as well as Nigeria’s corporate commission. These are issues ENDS is pursuing due to the illegal shut down of our organization website domain.