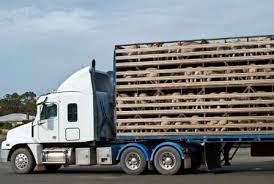 A prominent Katsina chief who sent a trailer of rams as Sallah gift to Aso rock today got an unexpected response when president Muhammadu Buhari rejected the gift.

President Buhari who also hails from Katsina is reported to have strongly and unhesitantly directed that the trailer be turned back and returned to sender.

The chief who sent the rams is known to be part of establishment cabal and though a long time friend/associate of president Buhari clearly did not expect to have his gift rejected.

Nigeria’s anti-corruption president praised by WashingtonPost as the least corrupt president in Africa is said to have effected strict policies even against close members of his family and the family of his wife.