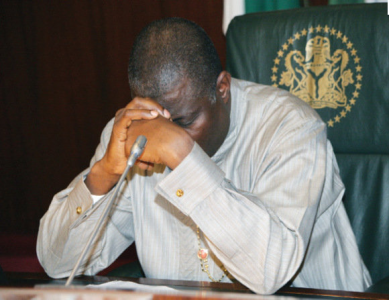 The United Nations has published the ‘Joint Letter of Concern’ sent to the government of President Goodluck Jonathan in which it expressed concerns that “access to electricity (and regularity of supply) is a significant problem in Nigeria,” and raised eight questions for the government to answer within 60 days.

The letter, with reference number NGA 5/2013, dated November 26, 2013 and signed by two special rapporteurs, expressed concerns that “at the end of 2012, Nigeria with a population of about 160 million people only generated about 4,000 megawatts of electricity, which is ten times less than some other countries in the region with less population.”

“To date, the government has not responded to the eight crucial questions raised by the UN on the unfair and discriminatory electricity tariff”, said Adetokunbo Mumuni, Executive Director, Socio-Economic Rights and Accountability Projects, SERAP.

The UN special rapporteurs argued that “all beneficiaries of the right to adequate housing should have sustainable access to energy for cooking, heating and lighting. The failure of the States to provide basic services such as electricity is a violation of the right to health.”

The petition alleged that the implementation of the Multi-Year Tariff Order II (MYTO II) by the Nigerian Electricity Regulatory Commission (NERC) is “having detrimental impact on the human rights of those living in poverty in the country.”

Consequently, the special rapporteurs wanted answers to the following questions:

1. Are the facts alleged by SERAP and others accurate?

2. What kind of impact assessments were conducted to gauge the potential impact of the electricity tariff increases on the human rights of people living in extreme poverty in Nigeria? If so, provide details

3. Did public consultations take place, including with potentially affected persons and especially people living in extreme poverty, prior to the adoption of the new Multi-Year Tariff Order II? If yes, please give details of the dates, participants and outcomes of the consultations.

4. Was accessible and culturally adequate information about the measure actively disseminated through all available channels prior to consultation?

5. What measures have been put in place to ensure that the human rights of people living in extreme poverty in Nigeria will not be undermined by the increase in electricity tariffs? In particular, what measures are in place to ensure that they can enjoy their right to adequate housing, including sustainable access to energy for cooking, heating and  lighting, which is a component of this right?

6. Are there any accessible independent review or complaint mechanisms in place, such as administrative mechanisms through the NERC Power Consumer Assemblies (PCA), available for individuals to challenge the classification of customers and/or the corresponding tariffs? If such mechanisms exist, please give details.

8. Please describe any existing policies or measures aimed to promote affordability of electricity provision for people living in extreme poverty. Are any subsidies already available and implemented? What is being done to mitigate the hardship imposed by increased tariffs, especially for persons living in poverty?

According to the special rapporteurs, “We would be most grateful to receive a response within 60 days, which will be made available in the report that we will submit to the Human Rights Council for its consideration of the matter.”

They said that services “such as electricity must be provided without discrimination towards people living in poverty and that no one should be denied access to essential services because of an inability to pay”.

They also said that, “Less than 50 per cent of registered electricity customers have access to electricity meters, and  ongoing inaccuracies in measuring electricity usage will continue to hinder fair  electricity access and exchange.”

They wanted answers to the alleged “mismanagement throughout the privatization process, and around 3.5 billion USD that has been mismanaged annually over the last ten years, and a total of 16 billion USD released to improve electricity supply in the country that has not been properly accounted for.

The Business Units, which have taken over from the PHCN, participate in large-scale corruption such as graft from exorbitant consumer bills, rejection of payment to independent third parties such as banks to keep management of funds secret, unprecedented disconnection of consumers’ power lines, general bribery and fraud amongst staff, adding up to over NGN 1 billion extra charged to consumers annually.”

According to them, “The increases in electricity tariffs, problems with measuring electricity usage, lack of improvement in the quality of the service and lack of transparency in the use of funds, reportedly disproportionately impact on those with little disposable income, as well as exacerbate the scarcity of energy supply for those who already cannot afford electricity even if connected to the grid.”

“The human rights framework does not dictate a particular form of service delivery and leaves it to States to determine the best ways to implement their human rights  obligations. However, the State cannot exempt itself from its human rights obligations when involving non-State actors in service provision. On the contrary, when non-State actors are involved in service provision, there is a shift to an even stronger focus on the obligation of the State to protect,” the special rapporteurs added.

They further argued that, “As part of its obligation to protect, the State must safeguard all persons within their jurisdiction from infringements of their rights by third parties. Involving non-State actors in service provision requires, inter alia, clearly defining the scope of functions delegated to them, overseeing their activities through setting regulatory standards, and monitoring compliance.”

“Given the fact that in Nigeria electricity provision has been outsourced to the private sector, the obligation remains for the Nigerian government to ensure that private sector actions do not result in violations of the right to an adequate standard of living,” the special rapporteurs argued.