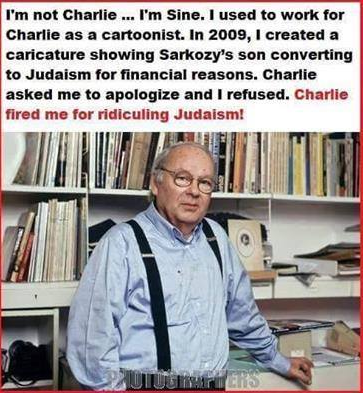 A Charlie means a fool or a jester while a Sharif means a noble. They are all Charlies and none is noble, the killer and the killed.

As for the killer, a true Muslim never takes a comedian serious talk less of taking his life especially while under oath of peaceful coexistence. It’s a grave sin no matter the provocation.

“And the servants of the Most Merciful are they who walk on the earth in humbleness, and when the ignorant address them, they say: Peace.”

A truly noble person is never tarnished by caricature or abuse. what more of prophets?. Arabic idiom says:

“Are the clouds affected by the barking of dogs?”

Moreover a true believer should believe that good men of faith were scorned before and the ‘Charlies’ will never stop at it.

“And certainly apostles before you were mocked at, but that which they mocked at encompassed the scoffers among them.”

We Muslims are a witness to a period of our development or rather degeneration that we have to play it cool. This is the Quranic injunction. 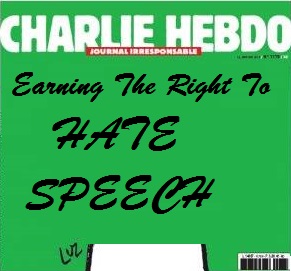 As for the killed. The Arabs say: “whoever turns himself into a bone, the dogs will eat him” if not for foolishness and share mischief how on earth can intelligent people predispose themselves to irresponsible irrational errant reactive youth that are looking for the slightest provocation?

If you are talking of free speech they know you are lying because it’s a taboo among you for one to freely criticize the Jews or Israel. Yet you have the liberty to abuse what others venerate. If Jesus is among you today he will be considered antisemitic for his vituperation of the disbelieving Jews.

May Allah then save us all from the Evils of this Charlie generation. Amin