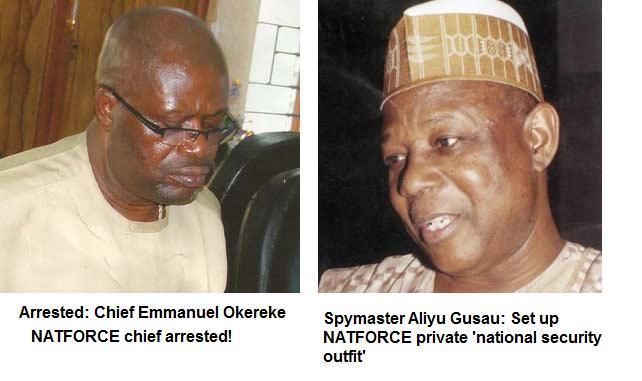 LAGOS — In the middle of last month, 55-year-old Chief Emmanuel Okereke agreed to honour an invitation from the National Security Adviser’s office in Abuja where he was reportedly arrested and detained for  allegedly operating an illegal organisation, National Task-force, NATFORCE, as the director.

Speaking with his wife, Obianuju, Vanguard gathered: “Okereke had on the said day, at about 2 pm, received a call in response to a request he earlier made for audience with the National Security Adviser.

“He honoured the invitation, but on getting to the place, he did not meet the people he was to have the meeting with.

“As he made to leave, he was asked to accompany an unnamed Police Commissioner to the Force Headquarters in Abuja. He did and on getting there, they told him he was under arrest for operating an illegal organisation.

“This was despite the Federal High Court’s judgment that NATFORCE was a legal organisation.

“From there, he was transferred to the Special Anti Robbery Squad office at Graki, Abuja, and has been in detention since then.”

Matthew Walter · Methodist High School, Ilesa, Osun state hello, pls I was one of the natforce candidate in Ilesa in Osun state , they collect #40,000 from me and I did not hear any information about it , yesterday dey called me again that they have court case since then….and we should come to Ilorin on 12/7/2013…and bring #22,500 again…pls save us no document , no traineer.

NATFORCE Secretary, Kingsley Chikezie, also told Vanguard that the organisation was inaugurated July 16, 2010 by the then Minister of Finance, Olusegun Aganga, and then National Security Adviser, Aliu Gusau, to combat illegal importation of goods, arms/ ammunition and live weapons.

He said: “This is a duty the organisation duly performed until the current  Minister of  Finance assumed office and disbanded the task force, purportedly acting on a petition from the Nigeria Customs Service to the National Security Adviser.

“The task force challenged the purported  disbandment in court. The Federal High Court, Abuja in a judgment set aside the  disbandment, declaring that the task force is a legal  public/partnership.

“After the judgment, the task force wrote to the National  Security Adviser and all security agencies informing them of  the judgment.

“It was a surprise to us when last Thursday, Chief Okereke went to honour a meeting with the NSA and  was  arrested for allegedly operating an illegal organisation, despite the  court judgment in favour of NATFORCE.

“Two of our members who came from other states to see the director in detention were equally arrested and detained.

“We were later informed he was arrested and detained by the Inspector General of Police’s special squad on terrorism and heinous crimes.”

It was gathered that efforts to effect the release of Chief Emmanuel Okereke have proved abortive.