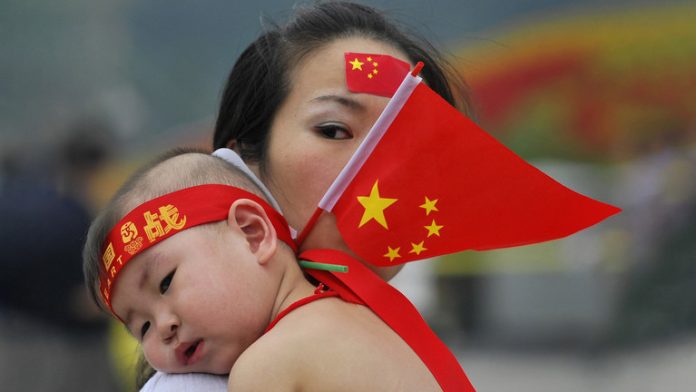 According to the National Bureau of Statistics, China’s population will fall by 850,000 in 2022 for the first time since 1962. In addition, the annual data survey revealed a record-low birth rate and the highest death rate since 1976.

At the end of last year, the population of the Chinese mainland stood at 1.41175 billion, the NBS revealed at Tuesday’s press conference. This figure includes all citizens from the 31 provinces and autonomous regions, but excludes residents of Hong Kong, Macao, and Taiwan, as well as foreigners living on the Chinese mainland.

Statistics for 2022 revealed an aging population, a shrinking labor force, low birth and high death rates, more men than women, and city dwellers vastly outnumbering rural dwellers. According to Chinese demographers, this is due to the long-term impact of the ‘One Child’ policy, which was only relaxed in 2015.

China’s population is “still hovering around the zero growth stage,” according to Yuan Xin, a professor at Nankai University’s School of Economics and the Institute of Population and Development. He stated that there will be a net increase of 480,000 people in 2021, making the gap “very small for 1.4 billion people.”

The death rate increased to 7.37 deaths per thousand people, up from 7.18 the previous year – the highest level since 1976.

The NBS also reported that cities accounted for 65.22% of China’s population, the labor force shrank by 0.5%, and the number of people over the age of 60 increased by 13 million to 19.8% of the total population.

China’s leadership imposed a “One Child” policy in 1980 in order to reduce population growth, with the cultural preference for male children leading to a gender imbalance. Men currently outnumber women by 32.37 million, for a 104.69-to-100 ratio. Although the policy was officially repealed in 2015, and Beijing has encouraged families to begin having three children as early as 2021, demographic incentives have yet to catch up with trends.

President Xi Jinping pledged at the Party Congress last October to “increase birth rates and reduce the costs of pregnancy and childbirth, child rearing, and schooling,” as well as to “pursue a proactive national strategy” to care for the elderly.