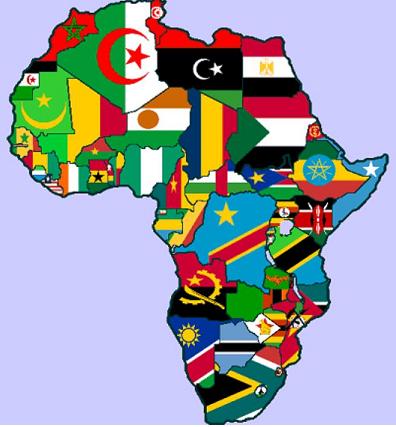 During the mid-1960 to 1980’s the African continent became a test ground or lab for the struggles between communism and capitalism. Hence, in several African countries such as Angola, Zimbabwe, Mozambique, Congo, Cote d’Ivoire, Cameroun, and Central African Republic,wars were facilitated and/or strongmen were installed to hedge economic systems.These African nations became satellite states for the often twisted machinations of United States and Western Europe on the one hand and the Union of Soviet Socialist Republics and Eastern bloc nations on the other hand. In line with those configurations,the most venerable Pan-Africanist President Patrice Lumumba of the Congo was killed based on US, Belgium, and Congolese intelligent and military conspiracies.

Other African casualties of that era included the indigenous, mixed, and Asian inhabitants of South Africa. The minority fascist and racist Afrikaner government that embraced capitalism was granted the carte blanche to suppress a host of other nationalities in South Africa and the broader southern African region. Former South African President Nelson Madiba Mandela and his cohorts were forced to challenge the socio-economic systems that sanctioned and thrived on Apartheid/racial discrimination, human exploitation, and economic disenfranchisement. The capitalist system won the economic mêléesin Africa despite the barbarism and brute force that they unleashed on the African people.

In the Congo, Mobutu Sese Seko was propped up as a bulwark against socialism and communism. That strategic blunder has hampered many central African countries for more than five decades. In Angola, where Jose Eduardo dos Santos has reign supreme for 34years the eastern and western powers switched sides in the vicious and recidivist war. Both powerspicked sides in order to entrench their hegemony on Angola which was not part of the nonaligned movement.Central African Republic (CAR) which is currently embroiled in chaos but remains a satellite state of France is a classic case of the interlocking of colonialism and the infusion of the religion playbook. Their former ruler or Emperor Jean-Bedel Bokassa was supported by the French who heralded him as their capitalist partner.

Sadly, the CAR dictator was smart enough to setup the governmental system of internal-colonialism while facilitating Francophone imperialism. Most African elites including the political and military class have simply replaced the former foreign colonial powers with their own nationally derived imperialism that is divided into a threefold ideology. The first step is to get into power by any means necessary; the second commandment is to loot or steal with impunity, which includes making sure the wealth of the country serves them and their cronies. The final component of the fold is to resist all attempts to relinquish power while making plans to die in power if the need arises.

Consequently, these manifestos of economic and socio political warfare has been waged against the African people with emulation and implementation in all the regions of African continent. But the African people are now cognizant of these playbooks; they are waking up and speaking to each other in record numbers outside of the auspices of the African Union headquarters at Addis Ababa in Ethiopia. Despite NSA surveillance folks are using the social media and other global frontiers to communicate and protest against the status quo twin evils of internal colonialism and imperialism. As some African economies continue to expand inhabitants are asking themselves when the dividends of this prosperity will be used in addressing the local problems of the majority of the people on the first continent.

Though the critical calls for accountability and action remain cogent and just, there are various forces lining up from within and outside of Africa to impede these demands. Many of the nation states have now evolved into another battle ground for the religion playbook which was used to amazing success, at the dawn of the encounter between Arabs -Africans and Europeans-Africans. To borrow the hip-hop music terminology there is now the“remix” of fanatical religion in Africa. Religion is now a wedge issue on the African continent and from Somalia-Kenya, Mali-Nigeria, we are now on collision courses. Religious intolerance in this iteration is needed to subvert the interest of the African people while stripping them of their Afro-centered human values.

These schisms are so simple but deduced by the international corporate media as complex, because objective investigations will reveal facts about how weapons actually flow into Africa; the sponsors of these unending conflicts;and what they stand to profit from the pillaging that takes place. For example, CNN might be forced to disclose how some of their multinational sponsors are entrenched with African strongmen instead of the people. These types of “bread for bible” symbiotic relationships have stifled the interest of people on the continent for centuries. Al Jazeera the so-called Qatari progressive mouthpiece would have to expose the crown princes in Saudi Arabia, Kuwait, and Qatar on their charity arms to the poor and the osmotic links to the ongoing Islamic pogrom in African countries.

When these exposures happen the world will then realize that the reported schemes of George W. Bush the former United States president and Prince Bandar bin Sultan the Saudi intelligent chief/ambassador, are as devious as those of the Berlin Conference of 1884-85. During that wintery assembly the conveners and participants ceded various African nationalities to the European powers. It is imperative that Africans reckon back to their history to see how colonialism, internal colonialism, and imperialism have served the interest of our foreign conquerors and their indigenous accomplices. Maybe then they will get up, stand up, and fight for African interests that benefit the people and not be mesmerized by the same old divide and conquer economic and religious interests.