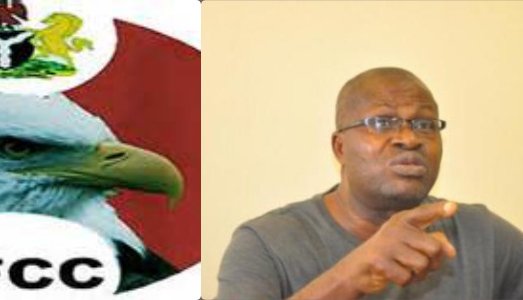 Emmanuel Osita Okereke on November 20 supposed that Sambo Dasuki, a former national security adviser, wanted to assassinate him for reporting some of his (Dasuki’s) activities to the then president Goodluck Jonathan.

Okereke, the director general of National Taskforce to Combat Illegal Importation of Small Arms, Ammunition, and Light Weapons (NATFORCE), had a briefing with journalists in Enugu on Friday.

He supposed that former NSA was one of the people who betrayed Jonathan, when he persuaded him to sack all the service chiefs.

The director general said: “There is information we made available to the former president and he was directed to invite us for more information, but Dasuki rebuffed it because he was trying to save his boys and agents.

“We know how many arms that entered this country illegally through various borders, which ex-NSA concealed and protected the suspects.

“My men intercepted 12 trailer load of ammunition at Sema border, and Col. Sambo used his boys to clear the arms and threatened to assassinate me when I wrote to the former president Jonathan”.

Okereke also supposed that Dasuki had plans to run to Syria, continuing that “former EFCC boss Ibrahim Lamorde has escaped through Chad border, before fleeing abroad; it would be disastrous for the country if Dasuki escapes trial.”

The NATFORCE chief further noted that the ex-NSA “contributed 80 % to the security problems we are having today”.

He said while the judiciary was the last hope of the common man, “somebody like Col. Dasuki (rtd) should not benefit in that hope because he is enemy of progress and rule of law.

“Now, we are talking about insecurity in the country; former EFCC boss Ibrahim Lamorde has escaped through Chad border. This is the man the chairman, Police Service Commission recommended as one of the best police officers, who has done well for his country; today, that same man is now an escapee.”