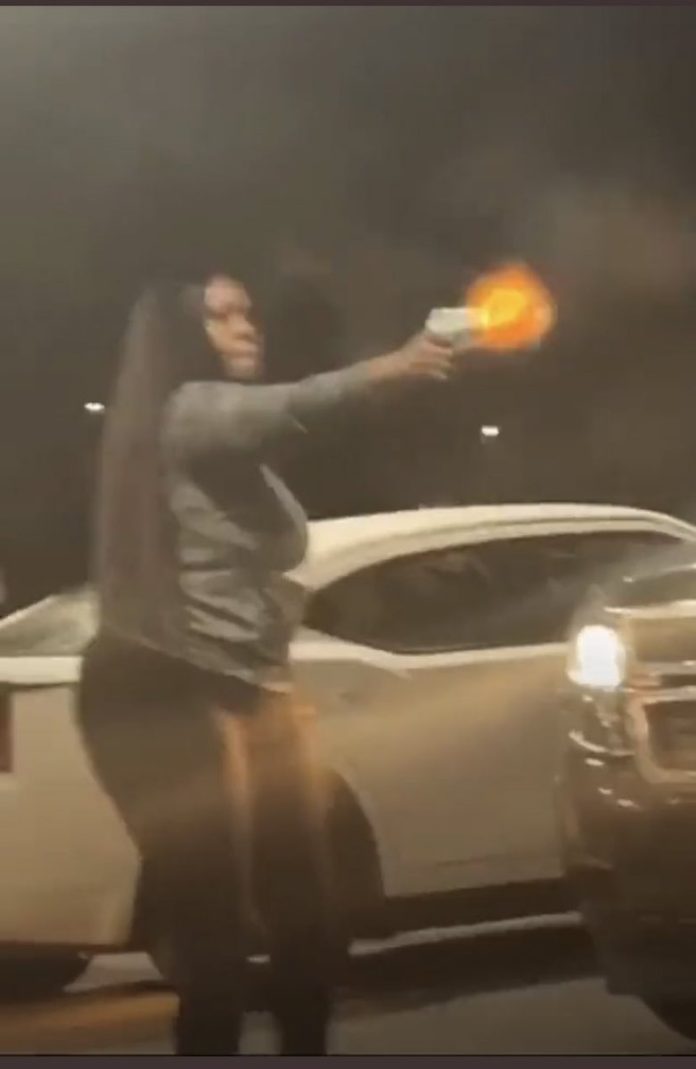 What appears to be a fight between two girls ended with shots on new years eve in Little Rock Arkansas.

A first skimpily dressed girl is seen in the video raging wild, shouting “I don’t give a f&^%!,” and breaking the passenger window of a parked white dodge.

As a man tries to calm her, another lady is seen appearing from the driver side of the car who fires several shots after which the clip ends with silence.

Video may be disturbing

She's not walking away from that bruh. She wasn't in any life threatening danger. The other girl didn't have a weapon in her hand, so no self defense claim there either. She's going to jail.

We pray everyone survived that.

He is on administrative leave.

A Little Rock police officer-involved shooting that occurred Friday night and an armed disturbance that preceded the shooting are both being investigated by Arkansas State Police.

According to a press release, It happened in the 5100 block of Asher Avenue, near Leeds Street, around 8:55 pm, just as New Year’s Eve festivities were getting underway.

A Little Rock police officer on patrol, traveling east on Asher Avenue, witnessed a fight among a crowd outside the Super Stop convenience store and gas station.

As the officer approached the store, 29-year-old Taz Hayes, who had been among the individuals already in the parking lot, fired a gun.

The Little Rock officer then fired his pistol at Hayes.  Hayes was uninjured and taken into custody at the scene.

Mayo was transported to a Little Rock hospital and was initially assessed to be in critical condition.

Hayes is being charged with first-degree battery and is currently being held in the Pulaski County Jail.

Arkansas State Police were called in to investigate the incident,  a common step when an officer is involved in a shooting.

A bullet later recovered by State Police special agents from inside a vehicle on the parking lot will be examined at the Arkansas Crime Laboratory to determine if it’s the round fired by the officer.

Agents are continuing their investigation and will later submit a case file to Prosecuting Attorney Larry Jegley who will use the investigation to assist him in determining whether the use of deadly force by a law enforcement officer was consistent with Arkansas law.