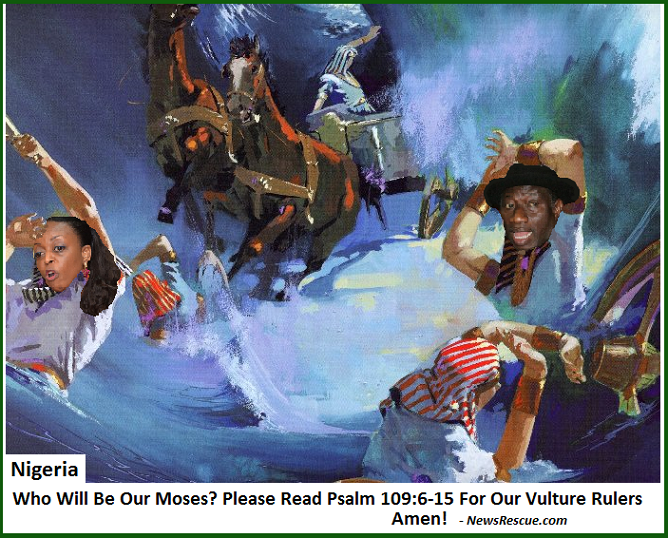 Our Democracy Is Threatened and Endangered

Being Text of a Press Conference Addressed By Joe Igbokwe in Ikeja, Lagos, on Wednesday, 16th July 2014.

Gentlemen of the Press.

Gentlemen and women, given the activities of President Goodluck Jonathan and PDP today it is now obvious that total war has been declared on the opposition and democracy. I saw it coming. After the registration of APC and the defection of some PDP Governors to APC I warned that there would be intimidation, subterfuge, brigandage, suppression, oppression, repression, force, harassment to fight APC. They first went court to stop the governors and failed. Now they have resorted to using stolen money to buy law makers in various State Assemblies to impeach selected APC Governors. Using the heavy, weighty instrumentality of the federal government, the Presidency and the PDP have decided to decimate, and desecrate the opposition by crude and rough tactics. From Rivers State, Ekiti to Adamawa, from Nasarawa to Edo etc it is fight to finish to remain in power at all cost. Please take notice that if there is no effective opposition then there is no democracy.

But let us recall that the PDP has been an unmitigated disaster in the sixteen years it has been in power as it has completely wrecked this country in all spheres of governance. From the colossal failure in the power sector, to the complete takeover of the country by insecurity, from the overwhelming state of poverty which the World Bank reports is at over 120million, to the total state of unemployment, from the state of total corruption to the state of complete infrastructure decay, the Jonathan government has been a disgracing failure that today attracts copious internal scorn and ridicule.

Freedom of speech, freedom of association, movement and freedom of expression are systematically being curtailed in Nigeria as I speak to you. Today you cannot appear on any TV station in Nigeria without getting a clearance from NBC if you were from the opposition party. Today we fear that all the nation’s security agencies have been given instructions to crush the opposition at all cost. They are now mobilized for obnoxious roles during election and they are put at the beck and call of the PDP and the fixers of the party whose inordinate quest for power has become demonic.

As I speak to you now Boko Haram insurgency has remained intractable. They are shifting the blame to APC just to attract sympathy of Nigerians and use it to remain in power no matter whose ox is gored. But every right thinking Nigerian knows the genesis of Boko Haram. The late National Security Adviser to the President, General Patrick Azazi told the world that Boko Haram and the overwhelming state of insecurity in Nigeria is a product of PDP’s infighting and struggle for power. Shortly after that pronouncement he was removed from office and eventually died under questionable circumstances. Today Boko Haram has killed more than 5000 Nigerians, kidnapped more than 300 girls from Chibok and has destroyed schools, homes, offices etc. The world came to help but they are not getting the desired cooperation. This has caused many to believe that there is something Nigerians do not know about Boko Haram. Is the government in power using it to attract sympathy to it? Is it being used to get security votes in order to raise money for 2015 election? Is it being used to paint the opposition black? Is it being used to divert attention to the mess PDP has inflicted on Nigerians? Are some highly placed people using Boko Haram to create wealth for themselves?

Gentlemen of the press, you recall that the PDP has furiously claimed that the APC is responsible for Boko Haram. Femi Fani Kayode, who ran to PDP to escape legal action for the act of corruption he carried out while he served as Aviation Minister, claimed that Modu Alli Sherrif, the former governor of Borno State’s presence in APC was proof that APC is behind Boko Haram. Two days ago, the same PDP that is desperate to pass its liabilities to its enemies opened the closed Maiduguri Airport for no other person that Modu Sherrif because he has expressed intent to decamp to the PDP! Who is fooling who here? Our great party has asked for international probe of the Boko Haram menace because PDP has not told us all they know about Boko Haram and why they have not made any impression in the fight against Boko Haram despite yearly budgets that run in excess of N1 trillion for security. One is of the strong opinion that just as the PDP directly and indirectly sponsored the brigandage in the Niger Delta that introduced kidnapping in Nigeria, it is also responsible for the growth of Boko Haram and why the group has grown so intractable today.

Whoever never knew what happened in Nigeria prior to June 12 1993 and the advent of democratic rule will walk away with the impression that democracy is all about stealing, impunity and lawlessness, as has been demonstrated in the past 15years. A government that has been so condemned and ridiculed in the international community for its clueless handling of the ship of State for years now is not the right government to lead Nigeria at this turn of the century.

Our hard earned democracy is under serious threat and defenders of democracy and rule of law must stand up now. Characters that do not know how we got to where we are today must not be allowed to crash this democracy. It seems to me that the harassment of the opposition, Boko Haram insurgency, and impeachment of governors are all geared towards 2015 presidential elections. Now President Jonathan must be persuaded to step down.

Former President Obasanjo from the South ruled Nigeria for 8 years. It was also expected that the late President Yar’Adua from the North will rule for 8years all things being equal. But he died after two years in office. President Goodluck Jonathan, the Vice President from the South then took over the mantle of leadership. It was expected that he will complete the first term of Yar’Adua’s tenure and step aside for the North to complete their 8years. Against protests from the North, President Jonathan sought another term and got elected. By 2015 he would have ruled for six years. Seeking another term of four years will endanger our politic and create ethnic and religious tension as we are witnessing now. We are in a democracy and if we are still in one country there is need for equity and justice. President Jonathan’s ambition to rule Nigeria for 10years may break Nigeria.

Besides all these, quest for power in a democracy is anchored on good performance while in office. President Jonathan’s handling of the Nigerian state is disastrous and tragic. His stellar performance in growing corruption, exhuming convicts, murderers, those facing corruption charges, and rehabilitating them with limitless illicit resources to go and wrestle states and liberalise illegality and gangsterism for the purpose of annexing states and remaining in power has crashed the economy of the nation, it is certainly going to crash this democracy if men of goodwill do not stand up and confront this brigandage.