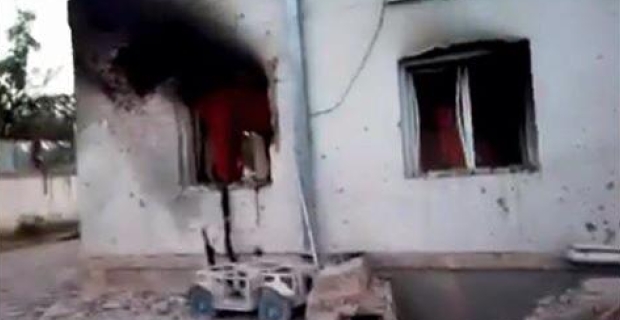 The president of the operational directorate of Doctors Without Borders has leveled a new charge against the Unites States’ air strike against the Kunduz hospital in Afghanistan that killed at least 22 patients and staff: “a premeditated massacre.”

Meinie Nicolai is basing his accusation on new information now released through The Associated Press that indicates American intelligence had been surveying the hospital days before it was destroyed in suspicion of Taliban activity. Speaking on the condition of anonymity, a former intelligence official familiar with the site said that mission maps had the hospital circled — standard protocol for protecting civilian locations — but intel suggested the hospital was being used as a Taliban command center and housed heavy weaponry.

Doctors Without Borders have publicly stated they do treat wounded Taliban militants at the Kunduz location but insist that no weapons be allowed inside the building. The AP was told that no one was firing from within the hospital before the bombs rained down, despite reports from one U.S. commander who stated he was in “the worst firefight of his career.”

Nicolai stated that on that evening it was calm and “no armed combatants” were on site “nor [was there] active fighting in or from the compound.” It is also noted by the AP that standard military policy would dictate that any firefights around a protected area would not result in an airstrike but with ground troops to minimize civilian casualties. And in that lies the rub for Nicolai:

[T]he hospital was intentionally targeted, killing at least 22 patients and MSF staff. This would amount to a premeditated massacre. … Reports like this underscore how critical it is for the Obama administration to immediately give consent to an independent and impartial investigation by the International Humanitarian Fact-Finding Commission to find out how and why U.S. forces attacked our hospital.
So far, President Obama has apologized for the “mistake” and “for the innocent loss of life” and the administration has promised a thorough and transparent investigation. IW