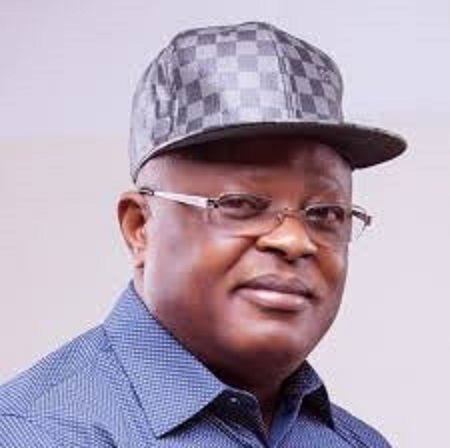 The governor stated his opposition to salary cuts for elected officials, saying that is not the solution to the current cash crunch confronting many states.

President Buhari recently announced a 50 per cent reduction in his salary and that of  Vice President Yemi Osinbajo, while some state governors also announced similar cuts.

Mr. Umahi said such offer of reduction in the salaries of elected politicians would be too meagre to address the current financial problems confronting many of the states.

He said he would not slash his salary because such a measure was not the solution required to address the current economic doldrums being experienced in the country.

“The major issue is to be honest to the people, it’s to deploy the resources God has given the people, don’t cheat them, don’t steal their money. What we take as political leaders, what is due to us is really very meagre.