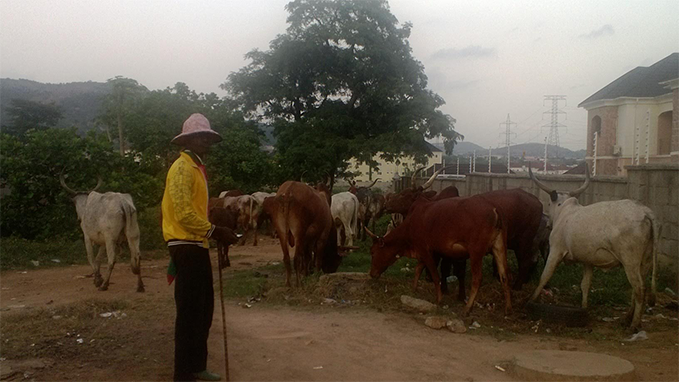 A Chief Magistrate Court sitting in Ado-Ekiti has sentenced one Ali Haruna to two years imprisonment for taking his cows for grazing in a farmland in Ado-Ekiti and destroying crops.

The Magistrate, Idowu Ayenimo, in his judgement, said the accused was arraigned in his court on Jan 22, 2016 over a two-count charge of willful and unlawful damage of farm crops at Ago Aduloju in Ado-Ekiti.

The 18-year-old Haruna was confirmed by the four prosecuting witnesses to have been caught in the midnight grazing his cow in the farm belonging to Abdulahi Yaho and Bello Mohammed.

The cash crops said to have destroyed by the cows in the farm included cassava, maize, okro and pepper, all valued at N3 million.

In his defence, the defendant had told the court that the owner of the cows lived in Ilorin, Kwara.

The magistrate said that the court did not believe Haruna’s defence as it was not credible. He held that the Police prosecutor, Mr Olasunkanmi Bankole, had proved his case beyond reasonable doubt. He thereby convicted the defendant as charged without option of fine.

The magistrate ordered that sentence should run concurrently, explaining that the term was minimal because the offence was committed before the Grazing Law was promulgated in the state.

The defence counsel, Mr Chris Omokhafe, had prayed the court to be liberal in the dispensation of justice, saying that he was a first offender.