While asked if he was running from the Economic and Financial Crimes department, EFCC, Fani Kayode responded that he was not and was at home for them any day they decided to come. Asked if he avoided traveling for a PDP conference to avoid being arrested, Fani Kayode rather dismissed that he was rather staying at home in plain sight so if they wanted him they knew where to find him, rather than traveling.

His statements quickly made headlines across national dailies.

To the surprise of the nation, the EFCC could not hold back their “spiteful” nature as it has been categorized. The next day they literally left all other prior tasks and immediately sent a letter of invitation to Fani Kayode. The department could not even pretend and hold back for two days.

The department went further to invade his house in Abuja, even after Fani Kayode had agreed to appear on the Monday as requested.

The shocking and childish invasion to intimidate the former minister, too immediately hit headlines and as the department felt embarrassed, they pulled the security men. 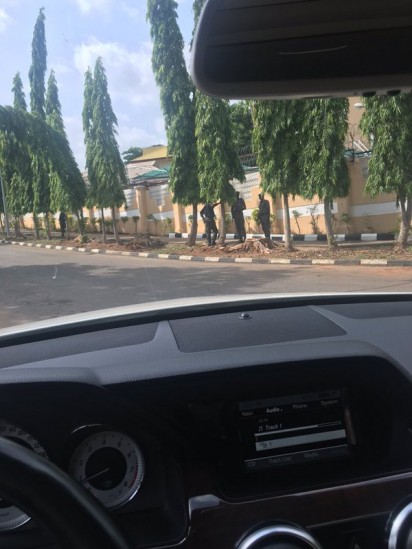 While to many who do not like Fani Kayode, this event is of little concern, other Nigerians are worried that the unprofessional and vindictively threatening and intimidating nature of the EFCC will surely soon overstep into the boundaries of the less and not guilty if it has not already done so.

A high court Judge in Abuja recently castigated the EFCC boss, Magu and the head of the army, Lt. general T. Y. Buratai for believing they were in a dictatorial era and behaving like illiterates, detaining people for months without charge.

“Today, the EFCC invited me to come their office on Monday. I have their letter. I agreed to be there. Now they have surrounded my house. “The letter of invitation was served this morning and it was dated May 6. They said I should report on the 9th. Can someone please tell me why they are at my gate? They can’t even wait because they want to detain me so badly and keep me away for the weekend.

“I never refused their invitation. Why all this? I leave them to God.”