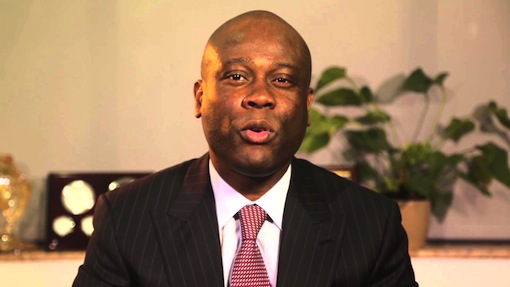 It was unclear the specific reasons for the raid of Access bank and later the arrest of its CEO, but it makes the third arrest within 10 days.

The first bank CEO to be arrested was Nnamdi Okonkwo of Fidelity Bank, in connection with the $115million laundered through the bank by former oil minister, Diezani Alison Madueke to corrupt officials of the Independent National Electoral Commission to change the results for Goodluck Jonathan.

Some of the INEC officials who received the money, N23.3 billion, have been arrested.

Then came the arrest of Yemi Adeola of Sterling Bank.

His arrest on Wednesday created quite a panic at the Marina in Lagos as gun toting operatives frightened the hell out of bank staff and customers before they finally stormed the office of Adeola and arrested him.

The reason is not clear, but some sources are linking it with the stashed money of Jide Omokore,oil mogul and business partner of Diezani Alison-Madueke.

It was the turn of Herbert Wigwe today.-PMN

SaharaReporters gives on the arrest of Herbet Wigwe:

An EFCC source disclosed that Mr. Wigwe was quizzed regarding funds laundered through the bank by officials of the Nigerian Maritime Administration and Safety Agency (NIMASA).

Our EFCC source stated that the source of some questionable funds located in the bank was also traced to former Petroleum Minister, Diezani Alison-Madueke.

The source disclosed that the Access Bank MD received $5 million that was routed through Zenith Bank.