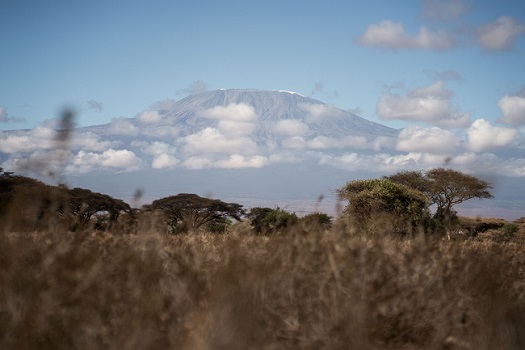 Multiple fires on Mount Kilimanjaro have ravaged vegetation and wildlife, Tanzania’s Prime Minister Kassim Majaliwa said Thursday as hundreds of soldiers and volunteers try to defuse the blaze that broke out two weeks ago.

The fire started on October 21 near the Karanga site used by climbers ascending Africa’s highest peak, at about 4,000 metres (13,000 feet) altitude on its south side.

It has since lit up in other pockets, burning through some 33 square kilometres (13 square miles) of the Kilimanjaro National Park, a UNESCO World Heritage site which is home to many endangered species.

“While efforts were focused on Karanga area, other fires emerged in the areas of Mandara in Marangu district and Ubetu Samanga on the side of Rombo district in the Kilimanjaro National Park, affecting natural vegetation and… wildlife,” Majaliwa told parliament.

He did not provide further details on the damage and calls by AFP to local officials were not answered.

Nearly 900 soldiers have been mobilised to reinforce civilian firefighters and volunteers battling the blaze in the Karanga area.

“Efforts to tackle the fires continue and most areas are under control,” Majaliwa said.

“The government is still investigating the source of the fires so as to take appropriate action,” he said, adding that the government planned to invest in modern technologies to help with early detection of wildfires.

The authorities last week thought the fire was under control before high winds spread it to other areas.

So far, no injuries or deaths have been reported and tourism has not been affected, according to Majaliwa.

Mount Kilimanjaro, with its snow-capped peak, is famed around the world. Situated in the northeast of the country, it is the highest free-standing mountain in the world at 5,895 metres (19,340 feet).

The fire comes exactly two years after another blaze, which raged for a week in October 2020 across 95 square kilometres (37 square miles)