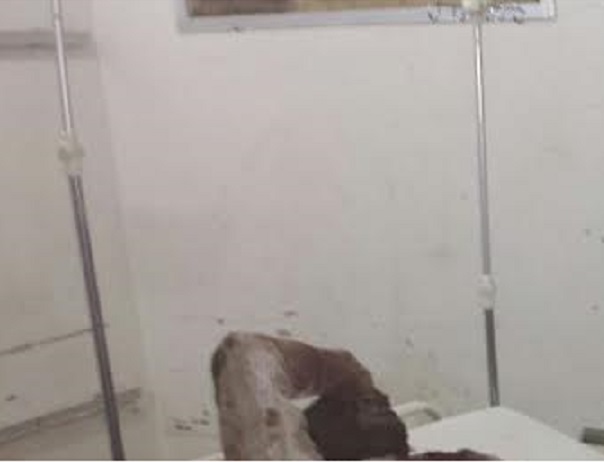 A suicide bomber struck again in Gombe Thursday killing 5 and injuring 9 at the time of this report.

According to a good Samaritan at the wist, a member of the ENDS.ng organisation and Citizens United for Peace and Security who assisted the victims, the girl had boarded a Ventra saloon car and was seated in the front, but about five minutes after being seated the bomb on her person exploded killing her and four innocent passengers on the instant while critically injuring at least 9 more people.

Other accounts have it that the girl dropped a backpack with the bomb and slipped away while making a phone call that possibly detonated it.

Boko Haram having been chased out of the northeast border region by allied forces is moving west and south in northern Nigeria. Read a more detailed report on that activity here.

Click here to view the full sad image of the above featured blasted victim with broken leg (DISCRETION!)