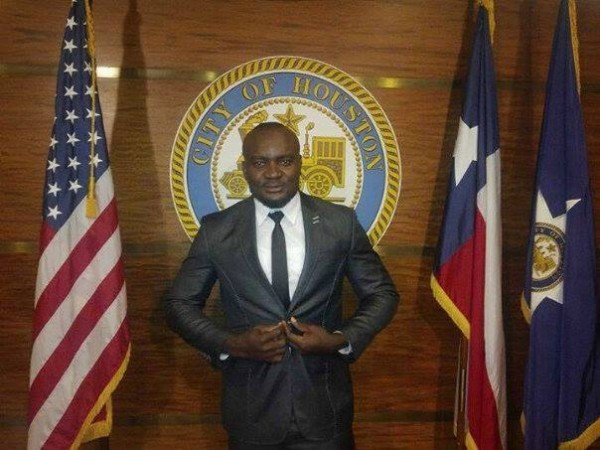 We, the youths of Imo State, operating under the aegis of “Noel: Bring the Killers to Justice Coalition“, have condemned the gruesome murder of Prince Noel Tochukwu Unegbu in his hotel room (name withheld) at Amakohia, Owerri, Imo State, on the wee hours of Tuesday, February 4, 2014, by unknown gunmen.

His death raised so many questions about the security of the people of the state, especially the youths.

We however wonder what could be the cause of the death of the USA-based show business promoter, who just returned to his home state to organize a show that would add value to the youths of the state, only to be murdered in cold blood two weeks upon return.

While no tangible reason has been given about the actual cause of his untimely death, we, the youths of the state in a well attended meeting on Saturday February 8, 2014, resolved as follows.

1. That explanations be given by the management of the Hotel, where Prince Noel Tochukwu Unegbu was gruesomely murdered in his room on February 4, 2014.

2. That we are angry with the said Hotel management and security agencies in the state for lapses which led to his unfortunate death.

3. That a delegation should be sent to the Commissioner of Police and the Director of State Security Service.

4. That security should be fortified in the state, especially in the hotels.

5. That the Ministry of Culture and Tourism should ensure that every hotel in the state has technology gadgets so as to forestall further occurrence.

6. That a delegation should equally be sent to the Chief of Staff, Government House, Owerri, to know the position of the state government regarding the condemnable killing of Prince Unegbu.

7. That we totally condemn the stigmatization of a young man who was gruesomely murdered by online reports.

8. That we condemn Frontline Express Newspaper report which published false information about the dead. We therefore urge the editor of the newspaper to retract the false report in the best interest of the state.

9. We also condemn the nonchalant attitude of the state Commissioner for Youth and Sports, Hon. Kenneth Emelu, over the murder of Prince Unegbu.

10. We demand that the actual cause of the death of our friend and brother, Prince Unegbu, be made public, instead of some people pursuing shadows.

11. That hence it is believed that the Hotel, where Prince Unegbu was murdered has CCTV cameras, the hotel management should help security agencies to uncover the killers of the young man.

12. That Fontline Express Newspaper should produce the person(s) who submitted the stigmatization report against Prince Unegbu, as it will help the security agencies to nab his killers, since the said news report was a correspondent report.

13. That a Bill be sent to the Imo State House of Assembly to mandate hotel managements in Imo to have functional CCTV cameras.

14. That Imo Youths say ‘No” to gruesome murder of the youths of the state.

15. That the Hotel in which the promoter was murdered has now become a death trap to the society. We recall that a popular Nollywood actor, Sam Loco Efe had died mysteriously in same hotel. We therefore demand its closure.

16. That Imo youths should rise above the challenges of the present times, so as to stop further occurrence of such gruesome murder.

17. That the killers of Prince Unegbu be brought to justice and his family adequately compensated.

18. That security agencies should leave no stone unturned in making sure that his killers are brought to justice.

19. That Imo youths will send delegation to security agencies in order to bring the perpetrators to book.

20. That as a way to register our grievances, we have resolved to embark on demonstration in Owerri, the state capital, but that will be after our World Press Conference.

21. We therefore request the state government, security agencies, Imolites and the general public, to help us unravel the killers of the promising Ideato North LGA-born, USA-based show promoter, Prince Unegbu.

For and on behalf of Noel: Bring the killers to justice coalition. February 8, 2014.”

It can be noted that Prince Noel Tochukwu participated in a musical project titled “Bright Light Project – Save the World” with the goal of spreading peace in Africa and the World.

The Mayor of Houston, Annise Parker, was featured in the music video.

The music video is below.