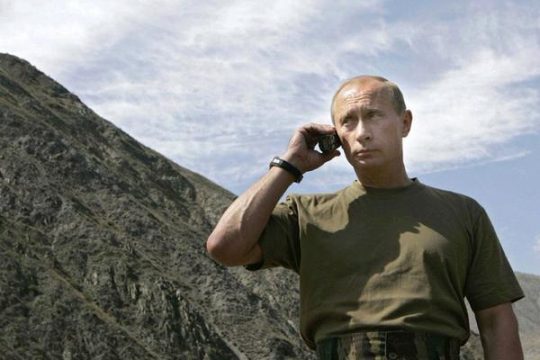 The commander of Russia’s Chechen forces appeared on Russian state television to claim that Russia is fighting a “holy war” in Ukraine.

According to TASS, Apti Alaudinov, an aide to Chechen Republic President Ramzan Kadyrov and commander of the Akhmat special operations unit in Ukraine, made his remarks to Russia-1 host Olga Skabeyeva on a recent segment, which was discovered and translated by Daily Beast columnist Julia Davis, creator of the Russian Media Monitor. Alaudinov, who had apparently returned from fighting in Ukraine, made a number of claims, including a call for Muslim-Christian unity in a fight against the “satanic” West.

“I spent my entire childhood and adolescence preparing for this war we see today.” “This is the holy war that our saints and elders warned us about,” he began. “Everything we see today… I studied the Bible, the Koran, and Torah while reading Islamic and Christian scriptures… All of these scriptures tell me that we are fighting the devil’s army, the army of al-Dajjal, the Antichrist.”

“All forces and units fighting on Russia’s side are Jesus’ army, Isa Alaihis Salam.” We are fighting against these forces that impose on us everything that God despises and dislikes. He referred to homosexuality as “everything that is unnatural for a man.” “Underneath this democracy, the main enemy of mankind, and Europe, the minion of the NATO bloc, which contains everything Satanic.”

He then predicted the collapse of the US and Europe, saying, “They are the ones who are cold, they have no gas.” Those who claim to be cold in this world are those who adhere to European values. The Most High will warm them up on judgment day, in hell,” host Skabeyeva agreed, smiling and laughing. He also chastised Islamic countries for lacking the courage to “fight back” against the US and NATO, as Putin did. He claimed that the law should be changed to allow foreign fighters because many Arabs, Greeks, and Serbs want to fight on Russia’s side “because they still have God in their hearts, they don’t want to live under LGBT flags.”