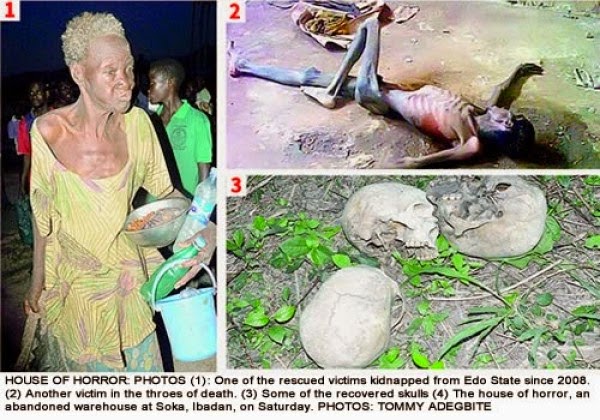 One of the victims that were rescued by the police at Soka forest, Ibadan, Oyo State, which is believed to be a ritual killers’ den, said she was kidnapped in September 2013. The victim, whose name is withheld for the purpose of her security, is now recuperating with seven other victims at Adeoyo Hospital in Ibadan.

The woman, who is still weak, said she knew she left her home in September 2013 and after then she could not remember anything until on Saturday when she was rescued.

“I remember that I left my home in Okebola and was going to Challenge. I entered a taxi and that is the only thing I can remember until police rescued us yesterday (Saturday),” she said.

When asked whether she did not see her captors killing people and selling their parts, she said, “I think such thing happened, but it did not really register because my mind was blank.

“I can recollect seeing people falling down, I can remember that some were taken away and they never returned, but really, it did not mean anything to me until Saturday. It was as if I woke up from a slumber.”

At this point in the interview, the woman’s countenance changed and she went into a kind of trance…. 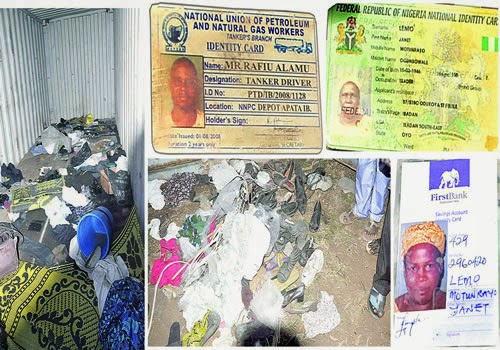 Many questions she was asked by Punch correspondent went unanswered. About 20 decomposing bodies were discovered in the forest on Saturday, while about 23 others were rescued alive.
They were taken to different hospitals in the city, with eight of them – four men and four women – in Adeoyo Hospital. It was observed that other victims were yet to regain their full strength.

They muttered words that were disjointed, but nurses said they would regain full mental and physical ability.

Two days of treatment is not enough to cure them completely, having been chained and maltreated for long.

Families, youths visit forest
Families whose members had been missing for sometime now on Sunday besieged the forest where captives, skulls and decomposing bodies were found with the hope of finding them there.

One of such is the Oguntade family. The family spokesman, Kehinde, said their father, Isaac Oguntade, 95, left home in the Gbongan area of Osun State on December 31, 2013, but never returned.

“He is an old man, but still strong. He was a retired teacher and he was going to a bank on Osogbo Road on the day we last saw him. We have searched everywhere in vain. When we heard of this discovery, we came down to see if our father could be one of the victims, but we could not find him here,” said Kehinde.

Youth also attacked security men of a company situated close to the area of the discovery. At the junction to the narrow forest, a man had been burnt to death. Eyewitnesses said he was linked to the operators of the camp.

A large number of adult and kids clothes and shoes were at the scene, while mats and other household items were found inside some of the rooms in the building where the captives were kept.

The Nigeria Police in Oyo State said some arrests have been made and that they are on top of the situation. 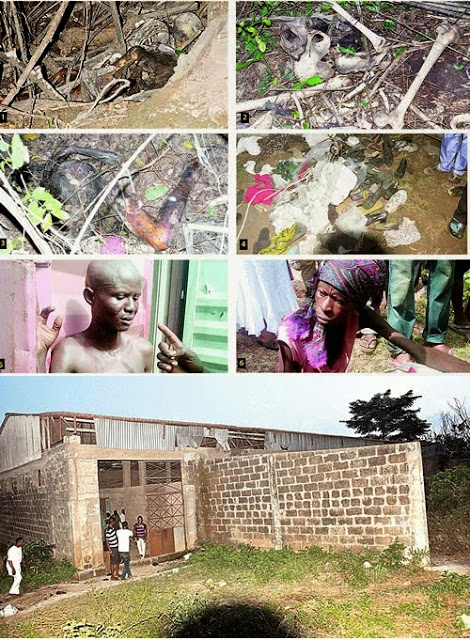