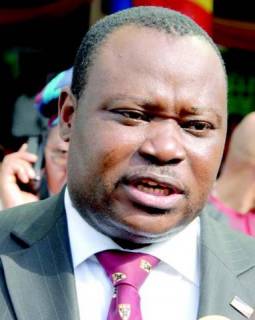 Following President Buhari war on corruption and my various publications in the saharareporters.com and a few national newspapers, of which a copy is hereby attached, Bar Jimoh Ibrahim paid some hired assassins to eliminate me.

I am being monitored by four men with two power bike after a meeting was held in Bar Jimoh Ibrahim hotel, where it was agreed that if they could not get me kidnapped on or before the 4th of Aug, my house will be attacked on 5th Aug, 2015.

Having paid the assassins, Barrister Ibrahim, out of fear that he might be arrested, left Nigeria few days ago to London and has enrolled as a student in Oxford University, for a part time course as a cover up.

The reason for assassinating is as follows

That John Nnorom exposed the N35.5Billion Aviation Intervention fund fraud, which was diverted by Bar Jimoh Ibrahim into his personal account and the Nigeria Senate resolution dated 29th Nov, 2012 signed by Senator Hope Uzodinma,  asking the then Governor of  Central Bank of Nigeria, Sanusi Lamido Sanusi, current Emir of Kano, to recover the money. There is a big panic in Jimoh house, that President Buhari, who has refused to grant Bar Jimoh Ibrahim audience despite four attempts made by Bar Jimoh Ibrahim will prosecute him in the next few months.

That John Nnorom exposed the N10Billion paid to Nicon Insurance Plc by the Accountant General of Nigeria, for payment of pensioners but Bar Jimoh Ibrahim diverted the money into the acquisition of his private challenger jet with Reg No :  NG 605 GF. The pensioners are dying. This case has been established, as EFCC has traced the fund movement from the money paid by the accountant general into the seller of the aircraft account based on my petition. We have even contacted the lawyer that processes the purchase of the Aircraft in USA as part of the witness. The challenger is currently parked in SAO TOME.

That John Nnorom will take all risk to testify against Bar Jimoh Ibrahim during trial and therefore, it is better to assassinate him now.

I therefore call on all patriotic Nigerians, including the Inspector- General of Police, our President Buhari, the DG – SSS, to note that if anything happen to me, Bar Jimoh Ibrahim should be prosecuted.

BAR JIMOH IBRAHIM: THE FACE OF CORRUPTION IN NIGERIA

On the 23rd of June, 2015, Our President, vowed to recover within three months all the money looted from our treasury. For making such a vow, history and posterity will remember President Buhari. I recalled during the first week of June, 2015, I dreamt a dream, where some of my friends, who died fighting corruption, were celebrating in a cloud of rainbow. I woke up, wondering, why this celebration in the heavenly realm. Three weeks later, President Buhari vowed to recover our stolen wealth, my joy is unlimited.

Dear President Buhari, I promised to fight corruption with the last breath in my life in 2012 and would like to mention that, Bar Jimoh Ibrahim represents corruption institutionzed at the highest level in Nigeria. The sale of the following Federal Government investments, which Jimoh  was a front, namely Air Nigeria Development Ltd, Nicon Insurance Plc, Nigeria Re-insurance Corporation were all fraudulent sales.  Jimoh  has been on asset stripping of these institutions, into Nicon Investment Ltd, a company blacklisted by Central Bank of Nigeria during the era of Mallam Sanusi Lamido Sanusi, now the Emir of Kano.

Mr. President, I summarized below, how these institutions, which were partly owned by Federal Government were stripped of her assets by Jimoh.  No board meeting has been held for all these massive withdrawals by Jimoh and the effort that, I made in whistleblowing his activities with little emphasis on various assassination attempts on my life.

ACQUISITION OF OUR NATIONAL CARRIER: VIRGIN NIGERIA, N35.5B DIVERTED FOR PERSONAL USE

Virgin Nigeria was in debt of $237M (N35.5Billion) repayable over a period of 5years, when  Jimoh acting as a front for highly placed Federal Government official fraudulently acquired the National Carrier without paying a kobo. The debt of N35.5B was transferred to Nicon Group Account with UBA PLC. This transfer gave the Air line, a clean account, which was highly published.  Air Nigeria immediately took the Aviation Intervention Loan of N35.5Billion from Bank of Industry through United Bank for Africa. This loan was debited back to Air Nigeria account and Nicon Group of companies account was credited. This loan was diverted into the purchase of the land, where the largest oil well in the world is deposited in SAO TOME including acres of land for the building of a university by Jimoh . Part of this loan was used in the purchase of choice properties in Dubai, USA and UK. I wrote to the then, Nigeria Senate President, David Mark, who directed my petition to the Senate Committee on Aviation, then chairman by Senator Hope Uzodinma. This committee confirmed my petition and recommended in senate resolution dated 29th Nov, 2014 that, Governor Sanusi Lamido Sanusi, now the Emir of Kano should recover this money from Jimoh . We all know, how the Emir of Kano exited from CBN and to date THIS FEDERAL GOVERNMENT INTERVENTION FUND HAS NOT BEEN RECOVERED (documents are hereby attached)

The loan of N35.5B was repayable over a period of 5years to UBA PLC but Federal Government Aviation Intervention fund, which the Bank of Industry approved for Air Nigeria was repayable over a period of 15years with lower interest rate, which resulted to an excess of N6Billion yearly cash inflow into the Airline account from 2009 to 2013.  This is the amount that Jimoh diverted to Nicon Investment Ltd, a company owned by his family, despite the fact, that there are many stakeholders in the airline, which includes the employee, the shareholders, the creditors etc.  In addition to my resignation, he sacked 790 staff on the pages of newspapers and many are dead to date without any pension. Our suit No ; NICN/LA/481/2012 still pending in court. Despite all, Jimoh, sold the Airline for N3Billion and pocketed the money. (Schedule of withdrawal is hereby attached)

ACQUISITION OF NICON INSURANCE PLC VALUED AT 10% OF TOTAL COST

With fake building document deposited in bank for the acquisition, Jimoh appointed the Managing Director, Mr.Emmanuel Jegede, who signed the purchase agreement and before payment could be made to Federal Government, he travelled to London with Jegede, The EX-MD and EX-Company Secretary of NICON Insurance Plc, and clean the account of NICON in London, thereby recovering nine times the value of the company. To cover this fraud, Jimoh sacked all the NICON staff in the five story London office, located at 21 Worship Street, London, EC2A 2BH.  When the auditor representing the Federal Government 30% shareholding started shouting internally in Nigeria, on the looting of Nicon Insurance Plc, Jimoh, invited him for a meeting and on his way back to his house, he was assassinated. Having assassinated the internal auditor, the following people namely: Mr. Emmanuel Akinmolu Jegede, the MD-  Nicon Insurance Plc, pledged his 100% loyalty, Ms Prisca Soares the Ex-MD/CEO of Nicon Insurance and the Ex-company secretary ran away from Jimoh for safety reasons. Dear President Buhari, let these people be interrogated under oath on this deal, with your assurance that they will not be assassinated by Jimoh.

In the last few years, the Accountant –General of Nigeria paid over N13Billion to Nicon Insurance Plc, for the purpose of paying pensioners. As usual, the money was laundered to USA and out of this money; Jimoh bought the challenger 625 jet with Reg No: NG605GF that he is currently flying around the world, while pensioners are dying every day. I reported this case to EFCC and it was investigated. EFCC confirmed my petition that Jimoh diverted this money but refused to charge him to court saying that I am not an interested legal person. However, this money represents fraudulent withdrawal from corporate institution owned by Federal Government, of which I am a Nigerian by birth. It should be noted that Federal Government still holds 30% of Nicon Insurance Plc shares. Please, President Buhari, help us to recover this loot.

The Federal Inland Revenue Services after thorough investigation of my petition on the N6.4Billion owed FIRS, made several efforts to recover this money despite the  threat by the then Attorney- General  Bar Adoke.  Jimoh was arrested and charged to court. The first case was a criminal suit on tax clearance certificate forgeries in Abuja and the second suit was recovery of the debt. I followed this up with several visits to FIRS office and various publications but  Jimoh  paid back only N150Million to FIRS, the balance of this money need to be recovered, for which  Jimoh  wrote an undertaking to pay in FIRS office. In addition to the above, the criminal case in Abuja on tax certificate forgeries is now in the cooler.  Dear President Buhari, please help FIRS to recover this loot, which belongs to Federal Government.

The following companies namely ; Global fleet oil & Gas Ltd, Nicon Insurance Plc, Nigeria  RE-insurance Corporation, Nicon Properties Ltd, Nicon Luxury Hotel Ltd Okitipupa, Abuja Nicon hotels Ltd,   Nicon hotels Ltd VGC,   Nicon hotels Ltd, PHC  and National Mirror Ltd, do not have current tax clearance certificate. All these companies do not pay corporate taxes to the Federal Inland Revenue Services in Nigeria. Even withholding taxes deducted from sales on behalf of Federal Government, are not remitted. The last signed audited account of these companies were in 2009 and I have challenged Bar Jimoh Ibrahim to published in two national newspapers the tax clearance certificate of his conglomerate since 2012. This is a criminal offence in addition to recovery. Please, help us sir.

In all the companies owned by jimoh, taxes are not remitted to the relevant tax authorities but were deducted from staff salaries. I am a victim and I petition Jimoh to EFCC, listing as witness the 790 Ex-staff of Air Nigeria sacked on the pages of newspapers. The same EFCC charged to court Steve Judd, the MD of Ascot Flowlines Limited for tax deduction not remitted to the board and pension fund deducted not remitted on one staff named, Bar Austin Aguguo. However to date, EFCC has refused, to charge Jimoh to court for refusal to remit tax deduction from my salary and 790 Ex-Staff of Air Nigeria. Please, help us sir.

For this cause, I was arrested on false allegation, charged to court and was discharged. The gallant FIRS officers that arrested Jimoh were transferred out, at a point, shown red and green pen by the Attorney- General Bar Adoke, the IPO in EFCC was harassed and warned by OGA, in addition to various assassination attempts on my life.

I hereby appeal to our President to consider this open letter and ensure that the loot is fully recovered.  Thank you President Buhari.