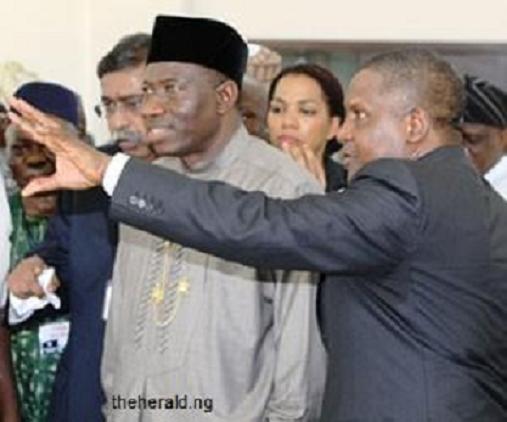 The refusal of President Goodluck Jonathan and other public officials to publicly declare their assets as required by law, has been pointed as the chief reason Nigeria has been denied membership of the Open Government Partnership, an influential global anti-corruption initiative backed by major nations.

The partnership was launched by world leaders in 2011 to ensure governments’ commitment to promote transparency, empower citizens, fight corruption and use new technologies to strengthen governance.

Its membership has grown from eight countries to 60 countries in just two years, and is now viewed as a mark of a country’s high transparency standard.

While Nigeria was spurned, six African countries have been admitted to the prestigious body. They are Ghana, Liberia, Kenya, Tanzania, Malawi and South Africa.

Jack Mahoney, the partnership’s Program Associate, told PREMIUM TIMES in an email that despite showing an interest, Nigeria has failed to make the cut to be accepted as a member.

“Nigeria is very close to eligibility, but has not yet reached the necessary score. At last count performed in March 2013, the Nigerian Government scored an 11/16, and is therefore one point away from the 12/16 minimum score required for countries to be eligible to join,” he said.

Top on the list of the reasons given why Nigeria is still falling short is the blatant refusal of President Jonathan, alongside other public officials, to publicly declare their assets.

Last year, during a media chat, Mr Jonathan showed utter disregard for transparency when he declared he was not going to declare his assets publicly.

“The issue of asset declaration is a matter of principle. I don’t give a damn about it, if you want to criticise me from heaven. The issue of public declaration I think is playing to the gallery. You don’t need to publicly declare any assets. If I am somebody who wants to hide it is what I tell you that you will even believe,” the president said.
Mr Mahoney also told PREMIUM TIMES that for country to be accepted as a member, it needs to publish its annual Audit Report measured by the Open Budget Index (OBI).

The OBI measures the state of budget transparency, participation, and oversight in countries around the world.
Last year, Nigeria’s budget scored a woeful 16 point out of 100 leaving the country at the 80th position out of the 100 countries surveyed. With 93 points, New Zealand was rated as the country with the most transparent budget followed by South Africa with 90 points.

Mr Mahoney said Nigeria needs to also improve its score in the Democracy Index (DI) to be considered for membership. The DI is compiled by the Economist Intelligence Unit and it measures the state of democracy in 167 countries base on 60 indicators grouped in five different categories: electoral process and pluralism, civil liberties, functioning of government, political participation, and political culture. In 2012, DI Nigeria was ranked the 7th most terrorised country in the world.

Three Non-Governmental Organisations (NGO) have called the federal government to task over the inability of the country to qualify as a member of the Open Government Partnership (OGP) membership.

Media Rights Agenda (MRA), BudgIT Nigeria, and Public and Private Development Centre (PPDC) say “Nigeria’s inability to meet OGP’s eligibility requirements constitutes a major slur on the country’s image and reputation, particularly in the light that six other African countries are already members of the OGP.”

The groups therefore advised the government to do the following to be accepted as a member of the OGP:

1. “Ensure that audit reports of public accounts, particularly by the Auditor-General of the Federation, are proactively disclosed and made available to members of the public.

2. Ensure that incomes of all categories of public officers are proactively disclosed as required by Section 2(3) (d) (vi) of the Freedom of Information Act and other applicable laws.

3. The Code of Conduct Bureau should bring itself into compliance with the Freedom of Information Act by acceding to requests from members of the public for it to disclose asset declarations in its custody submitted by elected and senior government officials, which constitute information maintained by it as a public institution within the meaning of the Act.

4. Improve citizen participation and civic engagement in policy-making and in all aspects of governance, including around the issue of Nigeria’s membership of the OGP.”