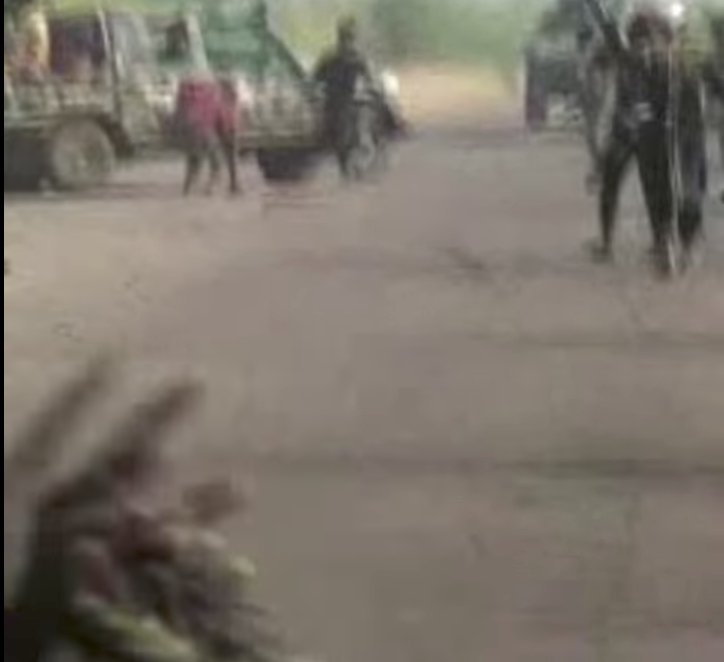 A new video produced by Boko Haram showing insurgents maneuvering tanks seized from the Nigerian military and graphic images of troops being killed has been obtained by SaharaReporters. The video also shows insurgents in a gun battle with Nigerian soldiers.

The seven-minute 48-second video, exclusively obtained by SaharaReporters, provides proof of the group’s claim that it successfully ambushed Nigerian troops when they ventured into the Sambisa Forest on 10 November. It also provides proof that the insurgents made away with arms and ammunition belonging to the military.

Earlier on Monday, SaharaReporters had obtained a screen grab supportive of the group’s claim of success against the military, which is carrying out clearance operation in the area.

At some point, the video shows a very young Boko Haram commander, who claimed to have led the attack, praising the group’s fighters and boasting that they are firmly settled in Sambisa Forest.

The young commander also said: “Allah will protect His religion.” According to him, this divine claim is supported by the success of their ambush “against the enemies of Islam.”

The commander is shown speaking while being flanked by two fighters, whose faces were covered with turbans. He urged Boko Haram members to remain patient in the face of hardship being endured.

Two days ago,  SaharaReporters exclusively reported that most Boko Haram fighters are already battle-weary, a  consequence of a sustained military onslaught on nearly all their strongholds around the Lake Chad.

The video’s concluding scenes shows terrorists maneuvering one of the armored tanks seized along with trucks and arms.