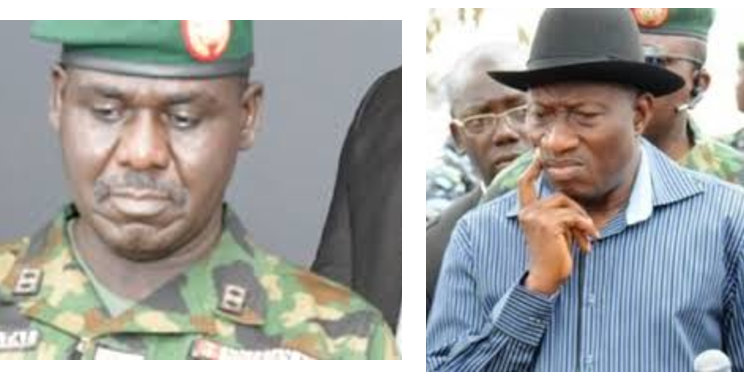 Security operatives have said that Nigerian soldiers based in Magumeri village of Borno State received early warning about a deadly Boko Haram attack in the community last Wednesday.

A number of soldiers and police personnel died in the attack. The army initially said two soldiers were killed, but the Borno government said the figure was “far higher”.

At least two police personnel also died in the attack.

In separate testimonies, the State Security Service, SSS, the Criminal Investigation Bureau of the Nigeria Police, as well as Civilian-JTF in the town, said the military did not do enough to avert the attack.

This revelations were made at a “stakeholders” meeting on Tuesday, convoked by the Borno State governor, Kashim Shettima, to investigate an allegation by the Army, that residents of Magumeri connived with insurgents to attack troops.

Mr. Shettima said he was displeased by the comments credited to the spokesman of the army, Sani Usman, who said the military had obtained credible intelligence suggesting that the attack was made possible because residents cooperated with Boko Haram.

The governor, who expressed anger with leaders of Magumeri, and accused them of hurting civilian-military relations with their actions, was shocked midway into the meeting, when agents of other security outfits began to give testimonies that contradicted the claims made by the military.

The meeting took place at the council chambers of Government House, Maiduguri, with all security chiefs in the state, as well as leaders of the community and local government, in attendance.

Leading in giving the account of what happened in the town on Wednesday was the head of police Criminal Investigation Bureau (CIB) in Magumeri, Bello Haruna, who said the military authority in Magumeri was well informed about the impending attack before it eventually happened.

He said on the day of the attack, the Commander of the troops in Magumeri, identified as Captain Waza, invited him for an update on the rumoured assemblage of Boko Haram fighters around the town.

“The Commanding officer, a Captain, invited me to his office in the morning of Wednesday, hours before the attack, asking for the details of the location where Boko Haram fighters were said to be assembling, and I asked him to bring out the map from which I gave him all the necessary information about the terrorists’ locations. But I am not sure if anything was done in response to that before the attackers came,” he said.

Similarly, the SSS representative in Magumeri, Tim Modalla, who was also at the meeting, said the security was aware of the impending attack four days before it finally happened.

He said the SSS was aware of Boko Haram fighters gathering at a location not quite far away from Maiduguri. He added that all necessary information was relayed to the military.

The SSS personnel said he received an intelligence that Boko Haram were gathering in some villages around Magumeri, and they continued to shift their base closer by the day until they eventually stormed Magumeri with about 45 vehicles and a large number of motorcycles.

“On March 10, we received credible intelligence from our informants that Boko haram members were gathering in Bana village not far away; and after two days they shifted to Suleimanti village; then the following day which was 14th March, we gathered that their number swelled and they had about 45 vehicles,” Mr. Modalla said.

“We picked the report and transmitted same to the military telling them that it is possible that Boko Haram would bring attack to either Magumeri, Mobbar or Gubio towns.

“And as predicted on the 15th of March at about 5.30p.m., I was informed by a civilian-JTF that our town was about to be attacked. And I told him to quickly alert the Captain, and the Civilian-JTF Operative said he was at the military base four times to alert them of the attack.”

A well-known elder and community leader of Magumeri said the Nigerian military was unfair in accusing them of connivance with the Boko Haram. He said the reason Magumeri has never been attacked in recent times was because he led other residents in helping the security operatives with all information needed to help them fight back Boko Haram.

“On several occasion, despite my age, I would …..(this sentence has been edited because of the nature of information it conveyed) together with some of our youth (to) ensure that we keep track of any Boko haram movement,” he said.

“We sometimes sight Boko Haram members’ movement some 50 to 40km away from our village, and each time we sight them, we immediately inform the soldiers.

“On the day of the attack, some few hours before it happened I got a call in Maiduguri from Magumeri that we were about to be attacked; and I quickly called the military commanders that I have their numbers to adequately inform them. When I was receiving the call from Magumeri, the attackers were about 17km to our village, and I made this known to the military authorities. But nothing was done. So how could they have accused us of helping the Boko Haram. That is not fair”.

A leader of the Civilian-JTF in Magumeri also said he got a hint in the morning of the day of the attack that a large number of Boko Haram fighters were advancing towards their village.

“Initially the informant asked if we were out on patrol with soldiers, I said no. He said he saw a large number of trucks that looked exactly like that of soldiers but what made him suspicious of their identity was the presence of large number of motorcycles trailing their convoy. So he said we have to be careful because they were advancing towards Magumeri town,” the Civilian-JTF operative said.

“When I received the information the Boko Haram fighters were about 30km away from Magumeri. So I had to run to the soldiers’ camp to inform the Captain who is the commander that this is what was about to take place. Some few minutes later, I ran back to the captain upon receiving the information that the attackers were about 20km away. When they were less than 10km I still went back to the Captain to alert him. On my fourth trip back from the camp, when I was about to mobilize my boys to move into the soldiers’ camp, the Boko Haram fighters invaded the town, and began to attack and shoot at the military base. We managed to run into the base thinking that it would be safe, but the Boko Haram fighters continued to shoot into the base. That was how all of us, including the soldiers took to our heels because of their large number. So I still don’t know why we are being accused of helping the Boko Haram after all this information we have provided to them.”

The state director of SSS, had in responding to a poser from the governor on what they usually do with intelligence gathered about the Boko Haram movements of locations, said in clear terms that “We do not sit on the information we get. Just as it was said earlier, we normally transmit same to the relevant executive security agency for action. We have copious and documented evidence to prove that to whoever that is in doubt”.

The garrison commander, Jubril Muhammed, a brigadier general, who represented the G.O.C at the meeting, described the development as “unfortunate” even as he said he would not speak on why the Army Spokesman had issued the statement suggesting that the resident connived with the Boko Haram.

But he did confirm receiving early intelligence from some of the community leaders informing him about the impending attacks, hours before it happened.

Governor Shettima expressed sadness over the development, especially on how the military quickly accused the locals.

He pleaded with the residents and community leaders to continue to support the military even as he worried that the well-nurtured civil-military relation that helped to decimate Boko Haram should not be destroyed at a time the state is trying to consolidate on the gains made over Boko Haram.

Contacted for comments on the development, the spokesman for the Nigeria army, Mr. Usman, a brigadier general, said the army had its fact and stood by it, but said the “indictment” was not on general terms.

“Our position on Magumeri is not an indictment on the whole society but those who have been conniving with terrorists know themselves,” he told PREMIUM TIMES.

“We have our own facts and we are investigating the issue.

“We implore the people to understand that they need to support the military and other security forces especially at this critical stage of the fight against insurgency and terrorism.”