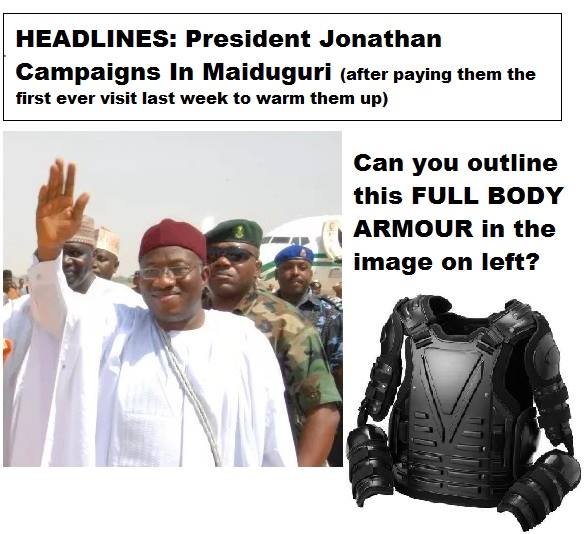 Secret documents [images below text] expose how the Nigerian government ignored actionable intelligence and rather focused on protecting president Jonathan in his campaign visit, while failing to prevent attacks on Mongunu and Maiduguri.

Borno state lost its last local government in the north, Mongunu to Boko Haram terrorists today due to the army refusing to address the report.

Three days ago informants had noticed Boko Haram movements out of Sambisa forest headed to Maiduguri and Mongunu. The intelligence as seen in the images was quite clear.

The reports by Army division 7 in Maduduguri, stated that 100 kitted terror vehicles were making their way toward the state capital.

The intelligence described that the terrorists had sophisticated weapons they had gotten from the January 5 attacks on the multinational joint force barracks in Baga, in which the Nigerian government had failed to properly secure the equipment and deploy enough troops to protect that fort.

The document outlined the movement of the terrorists urgently requesting directive from the Jonathan government.

No such directive as given and the terrorists were not engaged till they made their way to the capital. It is believed that the president of Nigeria did not want to approve of engagement as he wished for quiet till after his campaign rally in the state capital.

The air force was urgently solicited to bomb Boko Haram terrorist en-route Maiduguri and Momngunu, however no dispatch order was made, and rather according to veritable sources, the air force jets and helicopters concentrated on giving cover to the president’s rally in Maiduguri while the terrorists made their way to the capital and as was reported in the news, burned down Kambari village, 5 kilometers from Maiduguri, killing 15 people including the village head. It was unthinkable that such an army of terrorists were operating just 5 kilometers from where the president was with thousands of troops protecting him and the troops were not rather engaging the terrorists.

The citizens of Mongunu and Maiduguri were also not formally warned of the impending attacks.

Nigeria’s president knowing fully well that these areas were to be attacked sat with the Shehu of Borno who entertained him and promised the Shehu that he was going to deliver the state and ridiculed him that he was going to recover the abducted over 200 Chibok girls, many of whom are now dead, sold and lost in all ways.

Nigeria’s president abruptly canceled his scheduled helicopter flight to Danbua and jetted out of Maiduguri before the terrorists launched their attacks.

All night till this Sunday morning, Boko Haram launched attacks on ad over ran Mongonu barracks, the last and largest military battalion in the north of the state, capturing the local government; and also launched attacks on Maiduguri from three fronts.

NewsRescue experts believe the attack on Maiduguri was a diversion to stop the army from sending troops to Mongunu.

Bok0o Haram successfully conquered the local government and has obtained more stockpiles of sophisticated arsenal from the Mongunu 243 battalion. the 5th brigade also fell to Boko Haram. Civilian JTF volunteers of up to 20,000 along with the army put up a strong resistance protecting Maiduguri and sending the terrorists fleeing. Two APC tanks and weapons were recovered in battles that left soldiers, CJTF and terrorists dead.

Our sources said, “(Saturday) afternoon, BH terrorist where seen gathering with heavy armour at the Shehu of Dikwa’s Residence with a suspecting attack on Maiduguri and the informant specifically requested the Nigerian army to intensify air support and dismantle them but the aircraft was busy patrolling the airspace of Maiduguri and venue of president Goodluck Jonathan’s Rally.”

Military sources are perplexed that every time they forward actionable intelligence and request aerial support to bombard terrorists on prowl, the Federal government disprove and only permits them operate form a defensive posture, always allowing the terrorist gain advantage in the offensive.

According to townsmen, after the fall of Baga, the people of Mongunu knowing they were next had started evacuating the town. The commander came to the town head and swore that he will not allow the town to fall to the terrorists. Luckily for the people, they did not listen to him and more than 70% fled the town. They would have become Boko Haram slaves and the next victims for annihilation.

Residents who did however receive messages of the impending attack could be seen fleeing the capital. 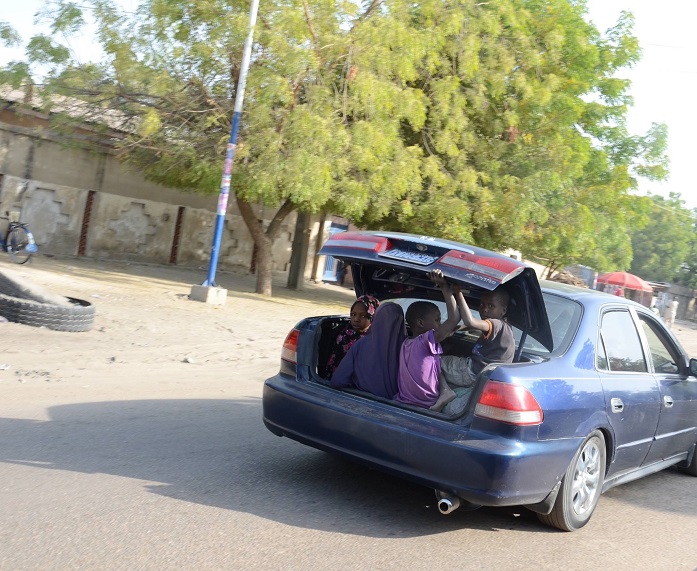 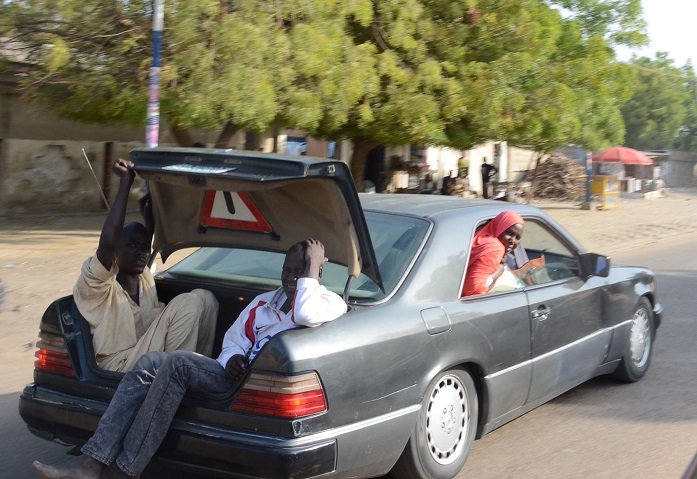 The intel documents obtained by NewsRescue: 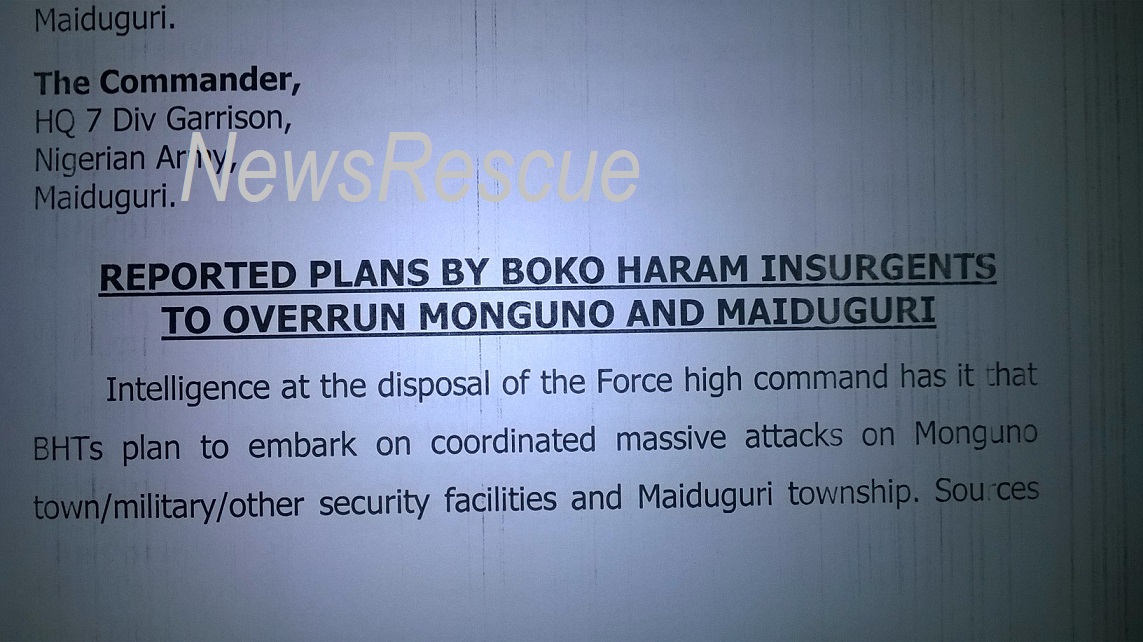 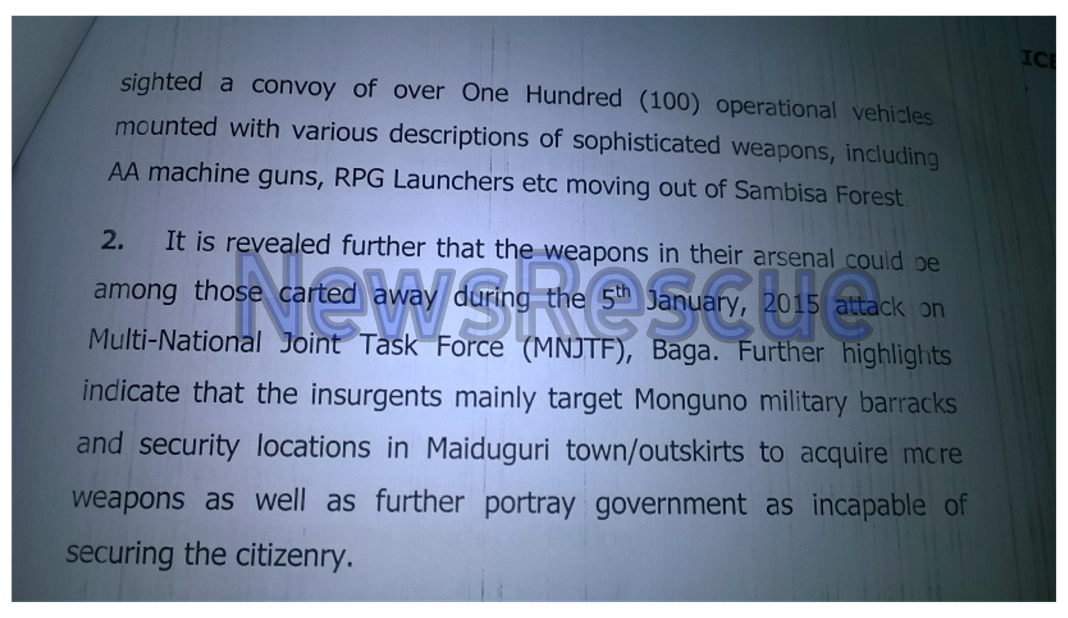 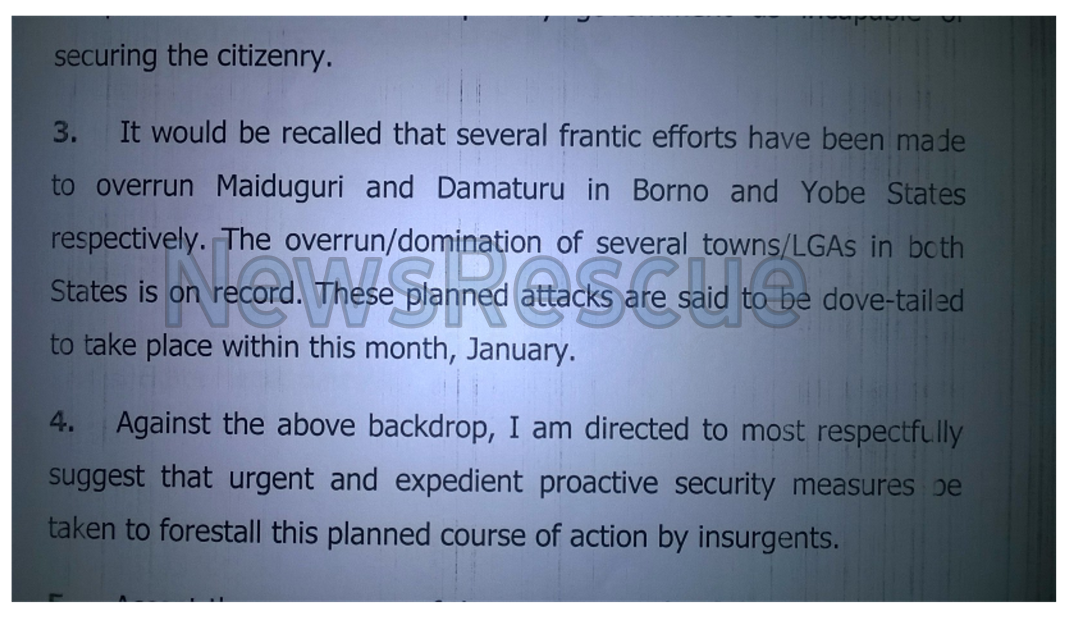