Niger Delta militants in a formal declaration have signed to support a free and fair electoral and transition process. In. Two page document the militants assured that contrary to what some miscreants in the region had said, peace will be ensured in the region regardless of which candidate won. 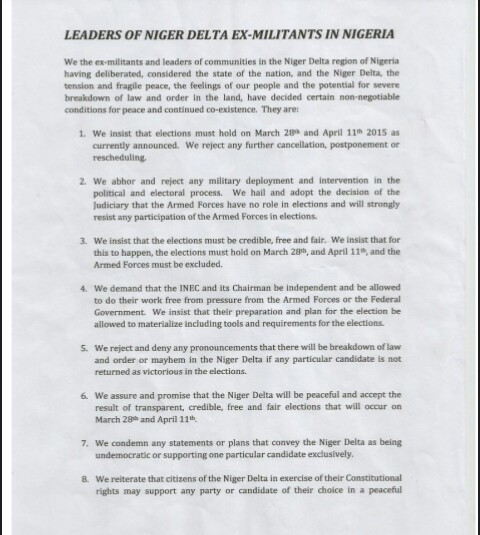 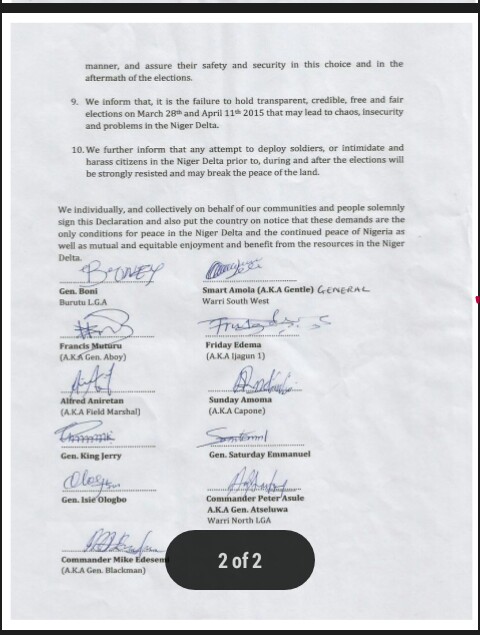 The militants declared that there must be no further postponement of elections for any reason.

In the letter signed by several leaders of MEND, adoption of a particular candidate was rejected. The document stated that Niger Deltans were free and encouraged to choose any candidate they better trusted that could deal with the issues.

Among the signatories were General Aboy, General Bonny and General Gentle.