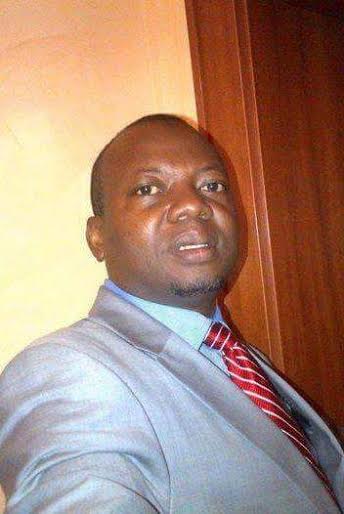 The Department of State Services (DSS) has arrested and detained Alhaji Sani Musa whose company, ACT.

Yesterday, the All Progressive Congress (APC) issued a news alert saying that Musa had been arrested and was being tortured by the DSS to release the security codes of the PVCs.

When contacted by Daily Trust, the DSS spokesperson Marilyn Ogar said some persons were in their custody but declined to mention names. “I will not mention names of people, we have been mandated to do our job and that we will do,” she said.

She added that: “It is election period and people cannot stop us from doing our job; we are not politicians, we will not be dragged into political issues.”

“Alhaji Sani Musa, who is the owner of ACT Technologies, the company that manufactured and supplied PVCs to INEC, is now under unlawful detention in DSS dungeons,” the APC said.

“This is very alarming development for a lot of reasons. ACT Technologies is a reputable, well established, Nigerian company based in Abuja. Between 2013 and 2014, INEC paid the company the sum of N2.6 billion to manufacture the PVCs with very high security specifications.”

They called on Nigerians to register their revulsion at this “treasonable move by the DSS,” by writing letters, calling, texting, or emailing the EU Elections Monitors based in Abuja.

Daily Trust heard from sources close to Musa’s family in Abuja that he was invited by the DSS on Tuesday and was subsequently detained.

Spokesman for the PDP Presidential Campaign Organisation Femi Fani Kayode had at a press conference in Abuja on Wednesday alleged that Musa was a card carrying member of the APC and ardent supporter of General Muhammadu Buhari.

However, sources in Niger State told Daily Trust that Musa is still a card carrying member of PDP under which he aspired to be governor in 2003 and later senator for Niger East in 2011.

An official of the company, who pleaded anonymity, told BBC Hausa yesterday that: “They tried to get that information from him, but he has refused, because he told them that he had also signed an agreement with the company that produced the card reader in China; that nobody will reveal the secret number. That was the agreement.”

But spokesperson of the INEC chairman, Kayode Idowu, when contacted about the matter claimed no knowledge about the issue.