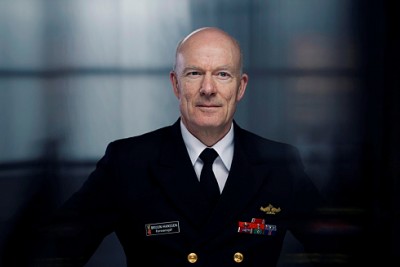 Nigeria – Norwegian Defense Chief Haakon Bruun-Hansen, at a military inquiry yesterday apologized for doing a poor job of selling several surplus vessels in 2012 and 2013, as they’ve wound up in the possession of Nigerian warlords.

According to NewsinEnglish.no, Bruun-Hansen admitted that military officials did not carry out a thorough check of the company, CAS Global, that bought six missile torpedo boats (MTBs) and the support vessel KMN Horten three years ago.

“The fact that the vessels have landed in Nigeria under Nigerian flag reflects a breakdown in our systems, and I apologize for that,” Bruun-Hansen said.

Although he wasn’t the defense chief at the time, Hansen took responsibility for the sales which became a scandal under his tenure.

The so-called “Nigerian boats” scandal emerged after a series of reports in newspaperDagbladet, and several members of the parliamentary committee noted on Thursday that a simple Internet search would have revealed that CAS Global only had a postbox address. Defense department officials nonetheless received the Nigerians who represented CAS Global and wanted to inspect the vessels that were up for sale.

Norwegian regulations prohibit the sales or export of material or services to private buyers who may arm the vessels and offer them for use in areas of conflict, and those regulations were violated.