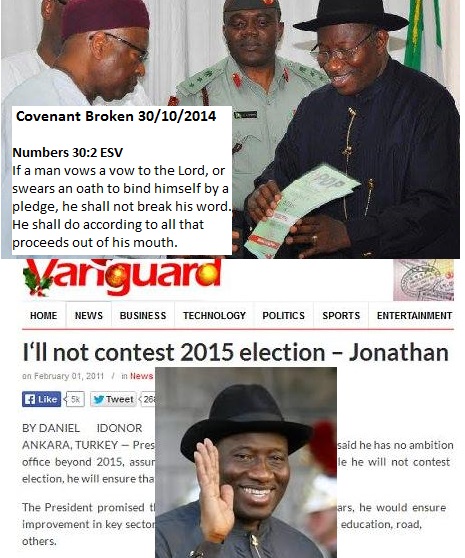 A Video of the Nigerian Television Authority have emerged where it reported on a promise by president Goodluck Jonathan not contest the 2015 General elections.

Mr. Jonathan at several forums before and after the 2011 election had vowed not to seek reelection.

Watch the video below and see if President Jonathan can be trusted as a leader: –AS

The Broken Covenants And Defrauding of a Nation