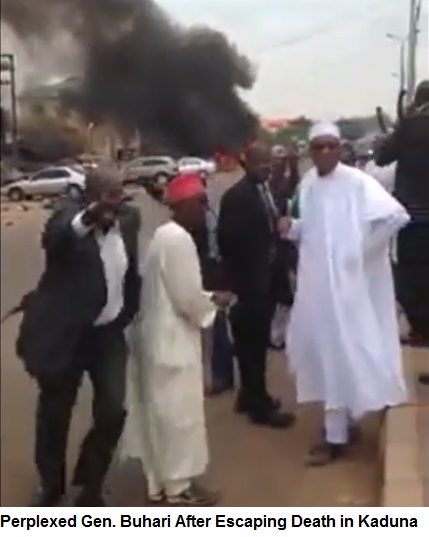 On the 23rd of July 2014, suicide bombers trailed and detonated a massive bomb at the convoy of then opposition politician Muhammadu Buhari in Kaduna. The explosion destroyed all three vehicles in Buhari’s convoy but failed to assassinate him by the grace of God and thanks to the vehicles being bomb proof.

“I was personally involved in a clearly targeted bomb attack along Ali Akilu Road, Kawo-Kaduna at about 2:30pm on my way to Daura. The unfortunate event, clearly an assassination attempt, came from a fast-moving vehicle that made many attempts to overtake my security car but was blocked by my escort vehicle. We reached the market area of Kawo where he attempted to take advantage of our slowing down and attempted to ram my car and instantly detonated the bomb, which destroyed all the three vehicles in our convoy. Unfortunately, when I came out of my vehicle, I saw many dead bodies littered around. They were innocent people going about their daily businesses who became victims of mass murder. Thank God for His mercy, I came out unhurt but with three of my security staff sustaining minor injuries – they have since been treated in the hospital and discharged.”

Over 8o innocent Nigerians died as a result of the attack because the terrorist vehicle caught up with the Buhari convoy which had detected the suspicious vehicle when the convoy was forced to slow down at a busy market area. Buhari’s aides sustained injuries.

Ruling party supporters accused the then former president of staging the bombing until an NGO, ENDS released an exclusive video of the bomb aftermath that showed the shocking gravity . The video immediately dispelled all rumors and irrational political insinuations.

It was a tense period when Nigeria was approaching its Presidential General elections.

Also targeted that fateful day was a prominent Imam, Sheikh Dahiru Bauchi at Kaita road. He too narrowly escaped assassination in the bomb attempt.

These two terror attacks combined with a successful military assault on a peaceful procession of Kaduna Islamic movement Imam, Sheikh Zakzaky that martyred three of his sons and 30 others was tagged the #KadunaProvocation.

Nigerians were convinced that these were a sinister attempt to provoke riots in ethnic tense and volatile Kaduna to prevent a successful election and former General and ex-President Muhammadu Buhari known for his integrity and zero tolerance for corruption, from possibly taking the reigns of the nation.

It was a tense period filled with corruption, deaths and conspiracies.

A transvestite wandering the market where the bomber caught-up with Buhari’s convoy and struck, was ridiculously arrested by the then grossly incompetent Nigerian security services and paraded as the terror mastermind. 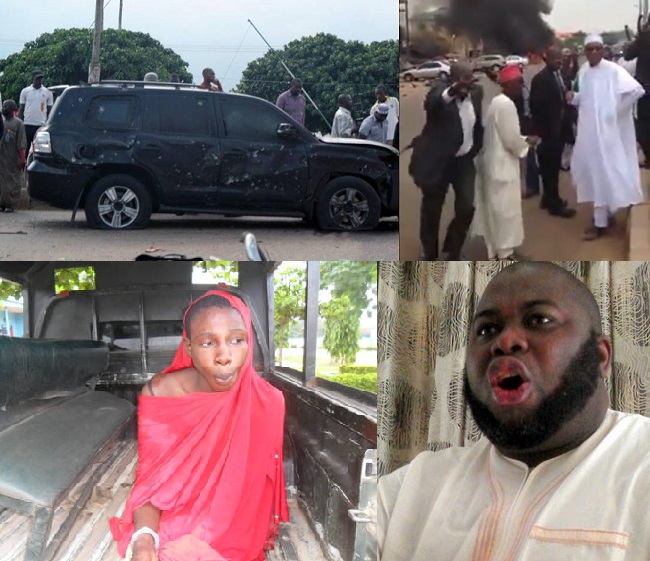 Today, one year later, Muhammadu Buhari and Pastor Yemi Osinbajo SAN have assumed power and are leading Nigeria on a path of hope and change.

For the first time in over most of thirty years, Nigerians are optimistic. A war is being waged against corruption and the deeply embedded cabal.

But danger is not yet over. Boko Haram a wild terror group that has shown political associations is still operating, based in the nation’s northeast.

The political cabal serially being probed for financial crimes to the tune of hundreds of billions of dollars are recognized to be exceedingly desperate.

But Nigerians are resolute that this “Change” must be protected at any cost.