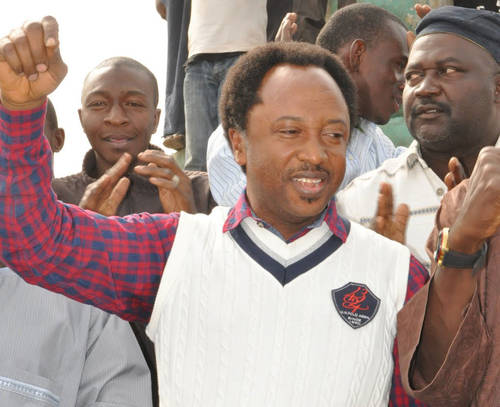 Senator Shehu Sani, who represents Kaduna Central senatorial zone, has criticized the decision of the Nigerian National Petroleum Corporation (NNPC) to increase the price of fuel in the country.

In an interview today with SaharaReporters, Mr. Sani, who chairs the Senate committee on foreign and domestic debt, described the hike in fuel price as “insensitive and punitive.”

Mr. Sani stated: “It’s most unfortunate that at a time when poor Nigerians are facing enormous economic hardships and are being asked to be more patient, all the NNPC can do is to add to their suffering.” According to him, “It’s utterly irrational and illogical to further impoverish the people in order to achieve self-serving, liberal economic aspirations.”

Senator Sani said the increase in fuel price, announced today by the NNPC, was “evidence that capitalist forces are holding the Federal Government hostage and are blackmailing it to implement its inimical version of economic reforms.”

Mr. Sani said the price hike was a recipe for disaster, adding, “It makes no sense if everyone must perish to revamp the economy.”

While recognizing the importance of economic reforms, he argued that such reforms must have “a human face and human heart” if the interest of people informed them.

“An outrageous increase in pump price is a social provocation,” the senator stated. He insisted that it was possible to reform the oil sector “without necessarily incinerating the country.” He warned the government against taking the patience, sacrifice and goodwill of Nigerians for granted.

Mr. Sani urged President Muhammadu Buhari to order the NNPC to rescind its decision to increase the price of fuel.