Documents has revealed that the Resident Electoral Commissioner and all Electoral Officers in Akwa Ibom State had personal and express notice of the directive by the Independent National Electoral Commission (INEC) on the use of Card Readers for the accreditation of voters during the April 11, Governorship and State Houses of Assembly elections in the country.

This contradicts the testimonies of three INEC Electoral Officers from Akwa Ibom State who testified on oath before the Akwa Ibom State Governorship Election Petitions Tribunal in Abuja that they had no knowledge of any such directive and that of the head of ICT of INEC in the state that uploading of records and status of accreditation was ongoing.

While testifying before the Justice Sadiq Umar-led panel on Tuesday September 15, 2015, Mr. Pius Nwankwo the head of ICT department of INEC in Akwa Ibom State had insisted that the records of accreditation of voters during the governorship election in the state was a continuous process and that the certified true copy of polling unit by polling unit accreditation report for the whole of Akwa Ibom State obtained by the Petitioners from the INEC headquarters in Abuja on 27th April, 2015 was not complete because the uploading of the accreditation records was still ongoing.

He further told the Tribunal that the INEC headquarters unilaterally “shut down” the Central Server 6 to 7 weeks after the governorship election despite the fact that uploading had not been completed. However, Mr. Nwankwo did not provide any balance or the remaining records of accreditation.

Contrary to the testimony of Mr. Nwankwo, INEC through a circular with reference no. INEC/ICT/CWSQ/95, dated 10th April, 2015 addressed to all Resident Electoral Commissioners nationwide and signed by Engr. Chidi Nwafor the INEC Director of ICT at the headquarters in Abuja, had set a timeline for records and status of accreditation to be uploaded. The letters reads in part:

“As you are aware, the Commission has decided that Smart Card Readers (SCRs) would be used for accreditation of voters during the forthcoming Governorship/State Houses of Assembly Elections taking place on the 11th April, 2015.

“The Hon. Chairman has requested me to inform you to direct all Presiding Officers handling SCRs to send accreditation status to the Central Server at intervals of one hour from the commencement of accreditation. A final upload should be done at the end of the accreditation process. However, where there are network issues, data could be uploaded at the Registration Area or the Local Government Area Offices at the end of polls”.

Testifying before the Tribunal, the Electoral Officers (EOs) for Ikot Abasi, Onna and Nsit Ubium Local Government Areas of Akwa Ibom State, Messrs Arukwe Kingsley Chibueze, Dominic Okenna and Austin Nwana, respectively, had completely denied ever seeing the 2nd April, 2015 press statement by INEC that only Card Readers should be used for the accreditation of voters. The trio had told the Tribunal that they have no knowledge of any such directive by their employer, INEC, that Card Readers must be used. However, the EO for Nsit Ubium had confessed under cross examination that the press statement “was pasted on the INEC’s notice board”.

Certified true copies of documents made available to our reporter however show that all the Electoral Officers were given notices that Card Readers should be used for accreditation.

The Commission by a correspondence titled: “CIRCULAR TO ALL ELECTORAL OFFICERSs” with Reference no. INEC/SEC/444/VOL. IX dated 8th April, 2015 addressed to all Resident Electoral Commissioners by the Secretary to the Commission, Mrs. Augusta C. Ogakwu, clearly reiterated the use Card Readers. The circular reads in part:

“The Commission at its meeting held today 8th April, 2015 directed that all Electoral Officers be informed as follows:

“Electoral Officers are to ensure that all Card Readers are fully charged before they are deployed for use in the next election on 11th April, 2015 or beyond.

“Electoral Officers will be held responsible for refusing to implement any of the policies and directives of the Commission with regards to the elections.

“You are kindly requested to convey copies of this circular to all Electoral Officers in your respective States, and retain proof of receipt by all. This will be required for administrative purposes”.

As if this was not sufficient notice and possibly to re-emphasise that the use of Card Reader was mandatory, INEC through another circular with Reference no. INEC/SEC/442/Vol: IX dated 10th April, 2015 titled: “FAILURE OF CARD READERS”, signed by its Secretary warned Electoral Officers against thwarting the April 2, 2015 directive on the use of Card Reader. The circular reads in part:

“Additionally, Resident Electoral Commissioners will be held similarly responsible for any such failures”.

Credible souces revealed that the 4 INEC staff who denied knowledge of the directive on the use of Card Readers had been highly paid to give false evidence at the Tribunal. Although INEC had listed a total of 94 persons to give evidence for the Commission at the Tribunal, only 4 persons were eventually called. A source said that most of the witnesses had absconded and refused to testify at the Tribunal for fear of being prosecuted for perjury.

The PDP which had brought 7 big bags containing hundreds of thousands of Incident Forms which they said were used in cases where the Card Readers failed, refused to tender same before the close of hearing at the Tribunal. A source within the party revealed that the forms which were fraudulently invented after the election was abandoned because those who were paid to fill the forms forgot to sign them. The Tribunal in response ordered the PDP to evaluate the forms from its Registry since they had failed to tender them before the Tribunal.

The Akwa Ibom State governorship election was condemned as a sham by both local and international observers and was marred by wide spread violence, rigging and irregularities. While the Card Readers recorded a total of 437, 128 as the number of accredited voters, the embattled Akwa Ibom State Resident Electoral Commissioner, Mr. Austin Okojie, fraudulently declared over one million votes and awarded “victory” to the Peoples Democratic Party (PDP).

Aggrieved by the outcome of the election, the governorship candidate of the All Progressives Congress (APC), Mr. Umana Okon Umana, and the APC filed a petition at the Election Tribunal demanding a total cancellation of the election. Hearing in the petition ended on Thursday September 17, 2015. 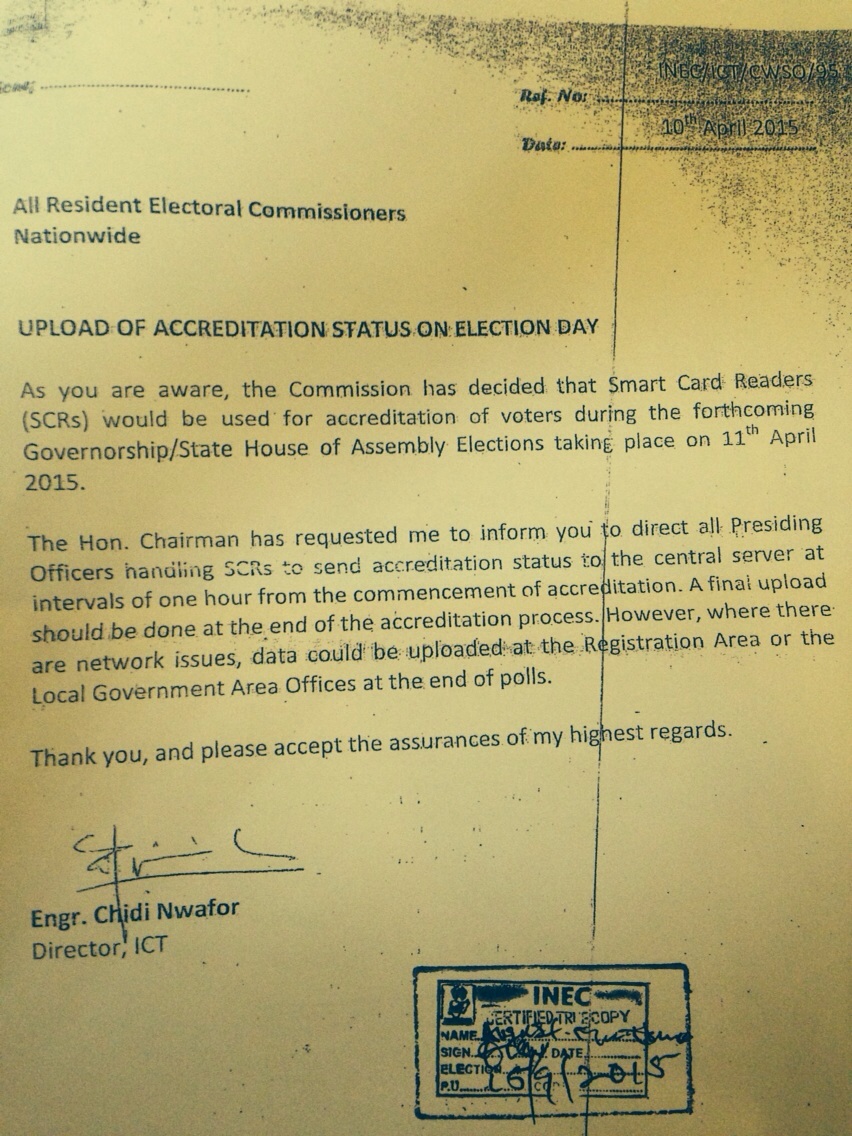 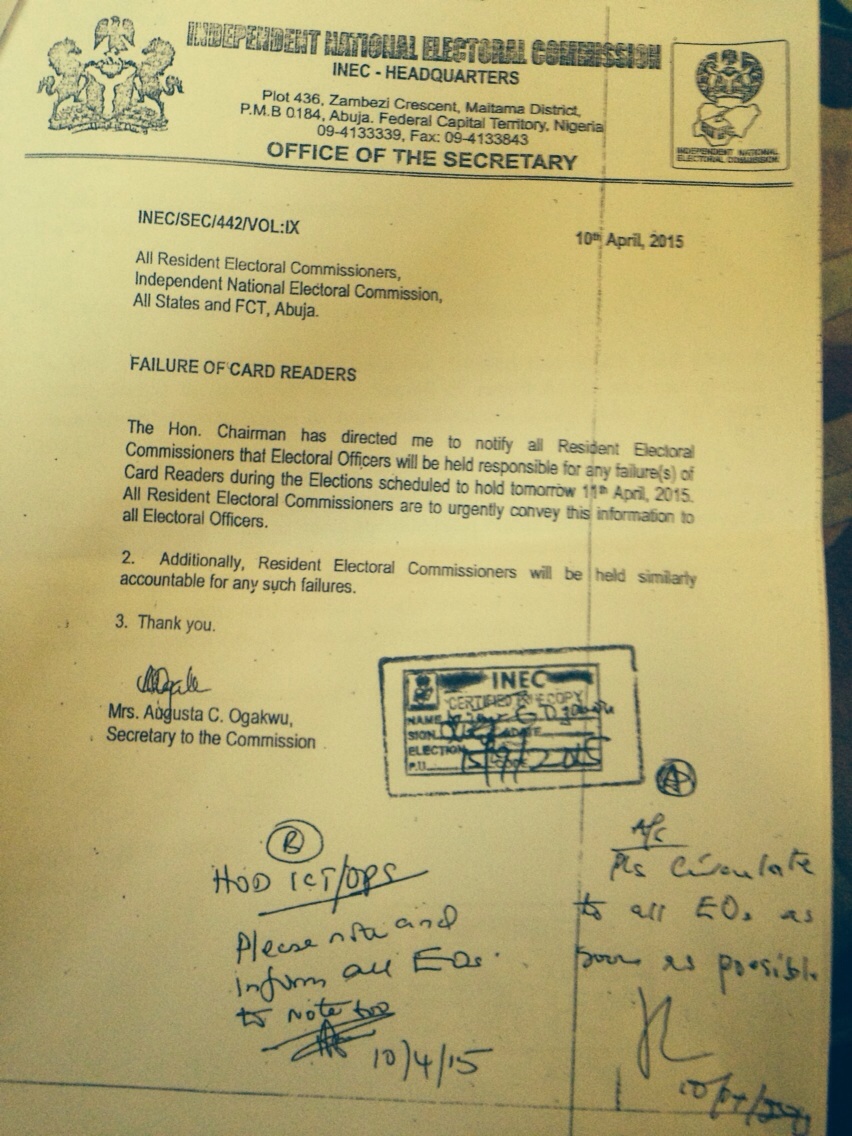 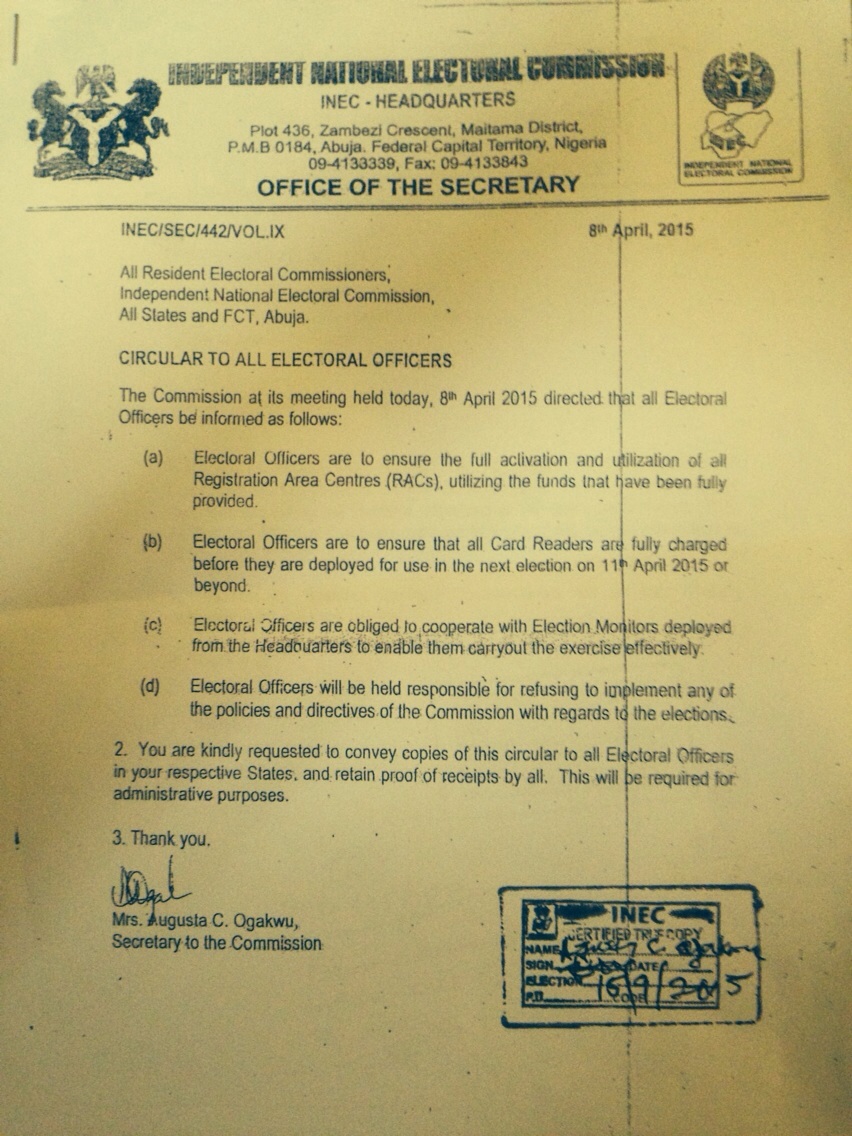 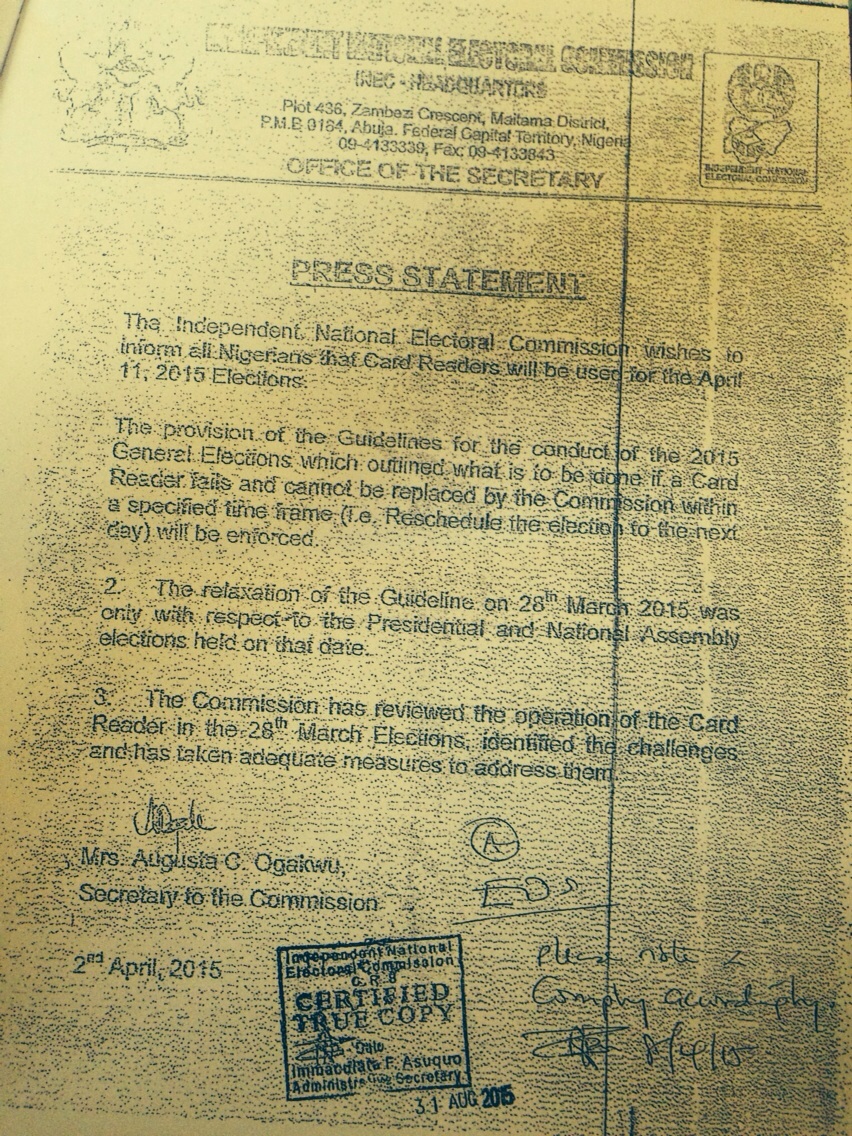