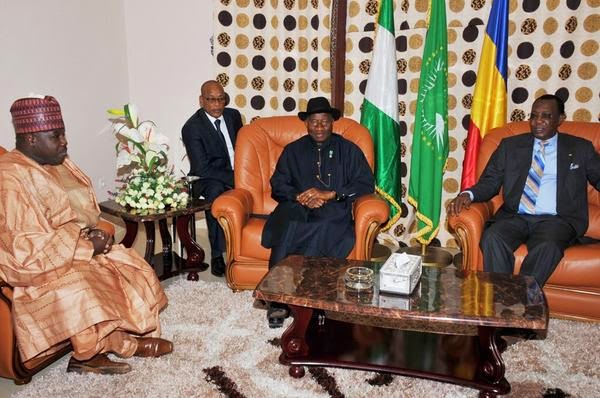 In continuation of the Nigerian Government’s efforts to forge a stronger alliance against terrorism and violent extremism with Nigeria’s neighbours, President Goodluck Ebele Jonathan traveled to Ndjamena today for talks with his Chadian counterpart, President Idriss Deby.
The talks in Ndjamena with President Deby who is also the current Chairman of the African Union’s Peace and Security Council follow their discussions in Nairobi last week on the sidelines of the African Union Peace and Security Council Summit. – AE
An Australian negotiator for the Jonathan government, Stephen Davis revealed that Mr. Sheriff is one of the key sponsors of the deadly Boko Haram sect currently ravaging Nigeria.
The Nigeria secret police (SSS) declared last week that Mr. Sheriff is now under investigations for Allegedly Sponsoring Boko Haram.