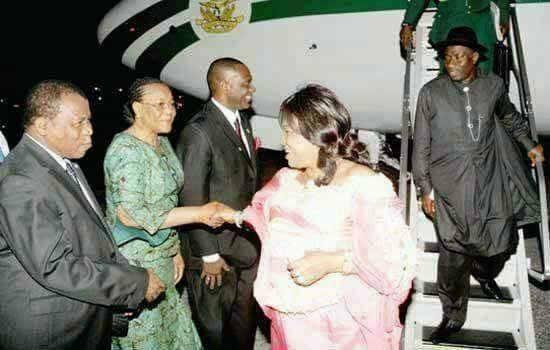 In the images we have obtained, Nigeria’s First lady can be seen repeatedly violating national protocol by advancing ahead of her displeased-looking husband, President Jonathan at international meetings.

Ironically, ‘Patience’ does not seem to have much patience and respect for her husband, Nigeria’s #1 citizen nor for the rule of law.

Her persistent disregard of the law and state protocol which has been a huge embarrassment to Nigeria at international meetings has been strongly criticized. 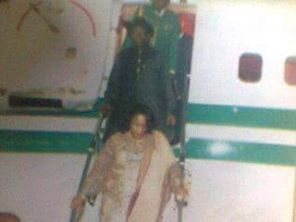 Patience Jonathan who was indicted for laundering $13.6 million by the Economic and Financial Crimes Commission of Nigeria, EFCC in 2006 while they were in Bayelsa government, was popularly called the “Greediest person in Bayelsa state,” as can be referenced here on the Council of Foreign Relations United States think-tank site.

Jonathan’s god-father, and former Nigerian President Olusegun Obasanjo referred to her as one of the four lady president’s of Nigeria, among the nation’s five presidents, with the man, Gooduck Jonathan being the weakest of the five, controlled by the power, corrupt ladies.

The ‘First lady’ who held double jobs, remaining a Permanent secretary on the Bayelsa education board while being in Abuja, has had her true educational qualifications come into question due to her poor command of spoken English in public. 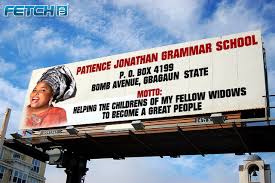