Kano State governor, Rabiu Kwankwaso, on Wednesday accused President Goodluck Jonathan of plotting to eliminate him, in a fresh twist to a longstanding row between the two leaders.

In an exclusive interview with PREMIUM TIMES Wednesday, Mr. Kwankwaso said the president was after his life and had ordered the withdrawal of half of his security details in a ploy to open him up to physical attacks. 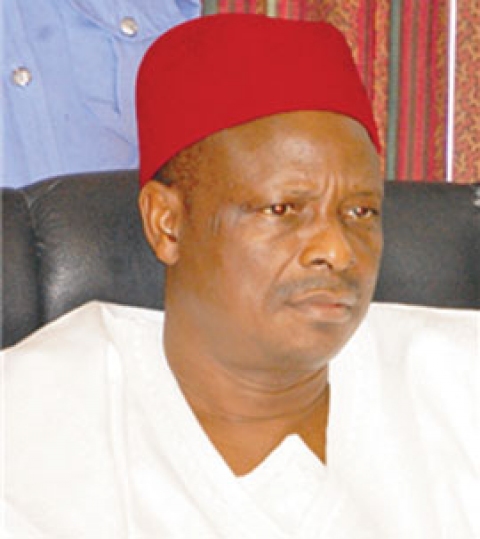 “I have told my friends, and people of Kano, Nigerians and indeed the international community to hold Jonathan responsible for whatever happens to Kwankwaso, his family or even the people of Kano state,” Mr. Kwankwaso said at Kano State governor’s lodge in Abuja.

He accused the president of igniting crisis in Kano State after a former governor of the Central Bank of Nigeria, Lamido Sanusi, emerged the emir of Kano Sunday.

The relationship between President Jonathan and Governor Kwankwaso, which for months had been all but warm, deteriorated in 2013 after Mr. Kwankwaso decamped from the ruling Peoples Democratic Party, PDP, to the All Progressives Congress, APC.

Since then, both men have openly accused each other of corruption and ineptitude.

Mr. Sanusi’s emergence, Sunday, as emir of the powerful Kano emirate, revved up the squabble.

The presidency and the PDP were clearly opposed to the candidacy of the former CBN boss, who was removed from his post by Mr. Jonathan in February.

Protests broke out in Kano shortly after the announcement of the new emir, as his supporters clashed with those of his opponent, the son of the former emir, Ado Bayero, who died Friday.

Mr. Kwankwaso told PREMIUM TIMES he has “credible information” the president instructed his supporters in Kano to unleash “mayhem” on the state.
“We don’t know his intention, but, certainly the intention is not good,” he said. “We have to tell him that igniting crisis in Kano is not in the interest of anybody. We have enough crisis already in the country, and now they are funding their stooges in Kano to protest and burn government properties.”

The governor accused the president of igniting crisis in Kano because the state is controlled by the APC.

“Recently, we also lost an esteemed Emir in Gombe and they basically followed the same process to elect a new emir, but they did not say anything because it is a PDP state.

“Now they are funding crisis in our state, I have never seen something like this,” the governor said.
Siege on emir’s palace

Mr. Kwankwaso said the new Kano emir is unable to move to the palace due to a police siege on the building- a development he blamed on the presidency.

He accused the presidency of planning to arrest Mr. Sanusi to stop his appointment as emir.

“We got information that they were planning to arrest him, so, we moved him to the Government House. I don’t want to imagine what would have happened if they succeeded,” he said.

The governor said his government and the APC enjoy overwhelming support in the state and was only bidding their time before reacting to the “intimidation” from the federal government.

“By the recent survey we just had and the local government election we held, we enjoy about 92 per cent support of the population, and the remaining 8 per cent are brewing and supporting crisis. There will come a time when this 98 per cent will be on the offensive, that is when they will realise that they are making a mistake.

“A sitting president brewing a crisis in a state like Kano? Everybody in this country knows that it is Jonathan that is creating this problem in Kano. I am yet to know why, but posterity will clearly show what his intentions are,” he said.

On the siege on the Emir’s palace, Mr. Kwankwaso said his government was just “watching and seeing how far they can go”.