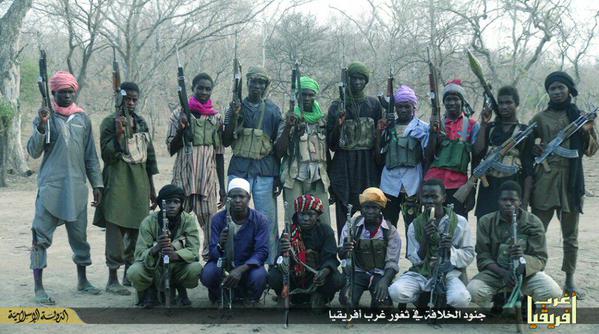 According to the Zimbabwean news website, the Central Intelligence Organization (CIO) issued an intelligence report warning that the Islamist militant group is in Zimbabwe en route to neighboring South Africa.

Other Zimbabwean media outlets have picked up the story. One outlet, Harare24, claims, “Officers were yesterday called for duty at around 9PM and are now temporarily stationed at selected police-stations where they camp.” iHarare reports that police spokespersons have not responded to a request for clarification on the original ZimEye report, and official statements from the government of Zimbabwe regarding Boko Haram’s potential presence in Zimbabwe do not appear to exist.

The Matebeleland region borders South Africa, where the jihadist group may seek to “carry out revenge attacks for the ill-treatment of several Nigerian nationals in the ongoing xenophobic attacks” that have left seven people dead and displaced thousands more from their home, notes the news website. Boko Haram released propaganda this month threatening to kill South Africans in retribution for the wave of xenophobic violence affecting Nigerians and others in that nation, though it was believed that Boko Haram members would find and kill South Africans in the areas where they operate: northeast Nigeria, Chad, and Cameroon.

Zimbabwe’s online news outlet iHare reports that in the video, which has not yet been verified as authentic, Boko Haram warned that it would execute all South Africans in Nigeria, Chad, Niger, and other surrounding countries if the government of South Africa fails to contain the situation.

There has been tension between the Nigerian government and its South African counterpart.

“There has been speculation in recent years that Boko Haram is really an extension of rogue elements in the Nigerian army controlled by politicians who wanted to remove former President Goodluck Jonathan,” mentions the ZimEye article.

“Ever since the new President Muhammadu Buhari, who is a Muslim was installed, the militants group’s activities have appeared to die out, somewhat confirming the speculative reports that they are truly an extension of the national army,” it adds. Buhari has not yet taken office, however, and Boko Haram continues to be active in the aftermath of the Nigerian presidential election.

The Islamic State (ISIS/ISIL) released propaganda this week in which Boko Haram calls itself the “Islamic State West Africa Province.”