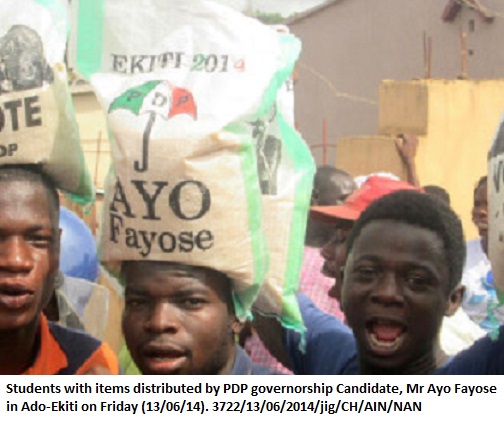 Following the defection of Senator Bukola Saraki and his political structure to the All Progressive Congress from the crisis ridden PDP; the Kwara state chapter of the party has been fighting a battle of survival even as the national body of the party is.The on going voters’ card collection has in a huge way relegated the relevance of PDP in the state as mammoth members and supporters of the All Progressive Congress turned out en mass to collect their cards ahead of the forthcoming election; a gesture that has been described as apparent victory for APC in Kwara come 2015.

However, due to the scanty turn up of its very few members in the on going voters card collection; the party has resolved into buying of voters card from voters.

In the meeting which was held in Adewole Estate No. 6 Koton Karfi road, the attendees were charged with getting 100 voters card from registered persons per ward and promised to pay N2000 for each person they can get. At the meeting, each group that attended was given N10,000.