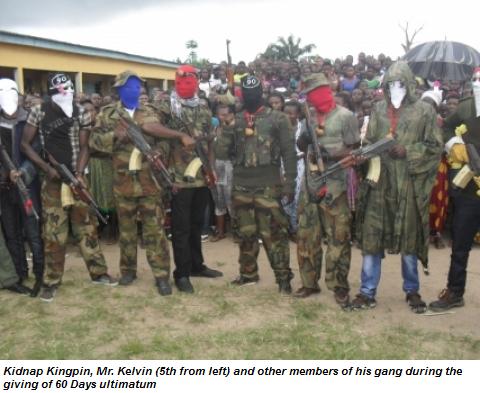 Kelvin Obvrubie had been on the wanted list of security agencies.

The Department of State Security Service (SSS) in Delta on Wednesday said it arrested five kidnap suspects, including Kelvin Obvrubie, who had been on wanted list of security agencies in the state.

The Director of SSS in Delta, Florence Ikanon, who confirmed the arrest in Asaba, said that Mr. Obvrubie was involved in many robbery and kidnap cases in the state.

Speaking through her assistant, Igbeji Didhcus, she said that the most wanted suspect terrorized residents of Ethiope East Local Government Area of the state. Read more…