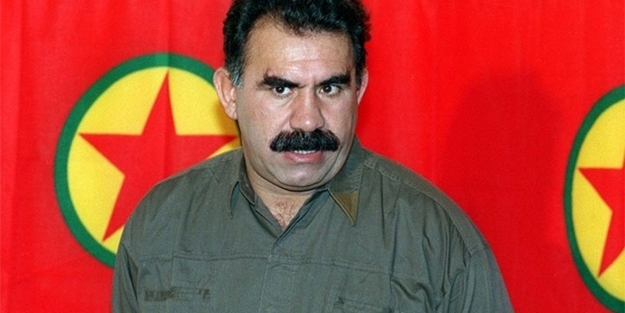 The PKK is a Marxist-Leninist terror organization responsible for the deaths of more than 40,000 people in Turkey. The terror organization is still perpetrating its acts of violence and still martyring Turkish troops and police officers. Thousands of Kurds have been killed by the PKK; these murders are still continuing. The claim that the PKK is a protector of the Kurds and has now renounced terror, a conjecture being spread in the Western press in particular, is therefore untrue.

Another error being disseminated in the West is that the PYD and the PKK are different entities. The PKK and the PYD are one and the same. Their founders, leaders, aims and of course mindsets, are one and the same. The bonds between them are not only ideological, but also material and organic. Posters of Ocalan hang all around the rostrum at all PYD meetings. Photographs of PYD deputy chairman Salih Muslim sitting at the same dining table as Ocalan are well known.

Areas of Syria with primarily Kurdish populations were turned into a bloody laboratory by Ocalan, who regards himself as the Lenin of the 21st Century. The PYD, which assumed control of all of northern Syria owing to its collaboration with Assad, has oppressed the Kurds living in the region more than anyone else with the despotic regime it has created. That oppression will be described in due course, but it will first be useful to examine the foundation steps of the PYD.

The Syrian Ba’ath regime has always protected the PKK and Abdullah Ocalan. Shortly after the declaration of the founding of the PKK in 1978, it was Syria where Ocalan sought refuge. Despite persistent warnings from Turkey, the Ba’ath regime provided all kinds of backing to help the organization prosper. Many of the terrorists who committed countless bloody attacks in Turkey were trained in camps in Syria. One of Ocalan’s most powerful backers was without doubt the Ba’ath regime’s bloody intelligence organization, al-Muhabarat.

Syria expelled Ocalan in 1999 as a result of pressure from Turkey. The organization, however, was entrusted to al-Muhabarat. Some terrorists moved to northern Iraq and Qandil [Mountains]. The Ba’ath regime organized what would happen to the rest. An organization with a new name controlled by al-Muhabarat was established, and the physical presence and membership of the organization were entrusted to this new group. Today’s Democratic Unity Party, or PYD, the formation of which was backed by al-Muhabarat itself, is none other than Ocalan’s group.

According to official sources, however, the PYD was founded in 2003. It announced that it regarded Ocalan as its ideological leader, and that it was affiliated to the Kongra-Gel (Kurdistan’s People’s Congress). One co-president of the PYD – which employs a co-presidential system -who shared a table with Ocalan, is Salih Müslim, and another is the female militant Asya Abdullah, who lives at the the PKK’s headquarter in Qandil. While Salih Müslim is the visible face of the PYD, who conducts talks in Europe and other countries and issues statements to the press, Asya Abdullah is the real leader of the PYD in Qandil.

There is yet more concrete evidence to show that the PYD, which -despite all these facts – claims to have a merely ideological link to the PKK, is not telling the truth.  The PYD is an organization under the umbrella of the KCK. The KCK is the senior body among all the PKK groupings in the Middle East and Europe. The supposed confederated structure that includes the PKK and the PYD is the organization that represents all state organs designed around the delusion of an Independent Communist Kurdistan. The KCK executive council represents the executive wing of this so-called state of Independent Communist Kurdistan, and is its so-called government: It issues orders to the PKK and its subgroupings and all organizations in the region. Another of the organizations under this umbrella is the PYD. The PYD is therefore not only an ideological extension of the PKK, but also a structural and material one. There is no difference between it and the PKK.

The YPG Consists of PKK Terrorists Trained in Qandil

It must not be overlooked that there were a large number of PKK chiefs among the YPG militants when Kobane was attacked by ISIL.

One of the truths that very seldom appears in the Western press is the way that the Kurdish people flee to neighboring countries in order to escape oppression by the PYD. One of the most evil things about the PYD is the way it forged an alliance with the Assad regime, because that alliance led to terrible suffering on the part of the Kurds of the region. The PYD declared democratic autonomy in northern Syria by coming to an agreement with the Ba’ath regime, yet its efforts before and after this agreement to wipe out devout Kurds and those opposed to the PYD are well-known. Last year, some 50,000 Kurds fled the PYD and sought refuge in Northern Iraq. Similarly, one of the first groups of refugees reaching Turkey from Syria consisted of Kurds wishing to escape the cruelties of the PYD in Al-Hasaqah.

The leading think-tank, Crisis Group, revealed in its latest report how the PYD ruthlessly suppresses ordinary, devout Kurds who do not share its own ideology. Human Rights Watch also prepared a report about Northern Syria, revealing how opponents of the PYD are detained for no reason and heavily tortured during questioning, and how the prisons are full of opponents of the PYD incarcerated for no reason. The number of Kurdish opponents killed by the YPD is greater than can ever be known. For example, the PYD opened fire to disperse protests caused by the arrest of three members of the pro-Barzani Kurdish Party. Anti-aircraft missiles were used to fire on the crowd. Ten people were killed and dozens injured. In addition to such mass slaughter, there are also hundreds of Kurds who have been taken from their homes and never heard of again or simply shot down in the street.

The PYD and the YPG, consisting of its armed militants, wreak terror across northern Syria in the same way that the PKK and its armed affiliate the HPG do in Turkey.

The fact that the model that Ocalan describes as “confederated democratic autonomy” is in reality a dictatorship based on Marxist-Leninist, Stalinist ideas must not, therefore, be ignored. The PYD (and of course the PKK) that some people support out of lack of information, and others in order to carry out secret plans in the region, are the main scourge currently afflicting the Kurds. It must not be forgotten that no ‘democratic’ system can emerge from an organization that acts on the basis of Marxist-Leninist, Stalinist ideology, but only a dictatorship of the proletariat.

As we have seen, the nonsense that ‘the PYD is one thing and the PKK something totally different’ is untrue. When an organized crime group robs a bank and kills someone in the process, the person keeping a lookout and the one keeping the engine running are just as guilty of murder as the person who actually does the killing; they are all accomplices in the same crime and members of the same criminal organization. Therefore, all those organizations that act out of loyalty to Ocalan are members of the same terror organization and are responsible for the same crimes against humanity.

None of these terrorist organizations actually intend to ‘protect innocent people.’ All the statements issued by the organizations and its offshoots in the name of democracy are merely  a ruse designed to gain the support needed to establish a Marxist-Leninist dictatorial regime. The fighting in Kobane is an effort made not to lose territory given to them by the Ba’ath regime, where a dictatorship of the proletariat has begun being established.

Communist terrorists cannot undertake the duty of protecting the innocent Kurdish population in Kobane and the region. If that duty belongs to anyone, it belongs to Turkey. Indeed, our Kurdish brothers have sought refuge in Turkey to get away from this band of brigands. Turkey’s compassion and justice are a guarantee for all the peoples of the region.