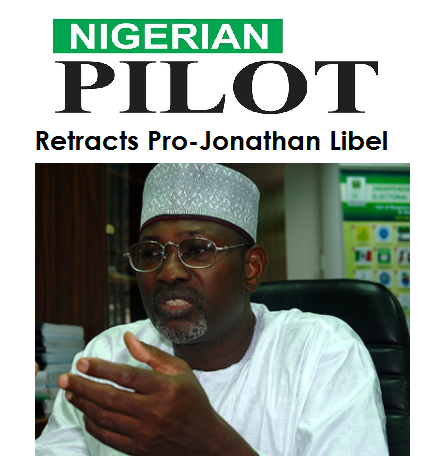 A National Leader of the All Progressives Congress, Bola Tinubu, has threatened to sue the owners of African Independent Television for airing a documentary he deemed defamatory “in all respects”.

In a letter dated March 2, 2015, to the management of Daar Communications Limited, owners of AIT, Mr. Tinubu gave the organization 24 hours to apologize and retract the publication.

“We are surprised that your media house – and we hold you responsible for the documentary – lacks simple ability to know what is justifiable for publication or understand that freedom of expression does not include deliberate defamation of character,” Mr. Tinubu said in the letter by his lawyer, Tunji Abayomi.

The programme also claimed that Mr. Tinubu was “charged for narcotics” in 1993 in the United States.

Mr. Tinubu said that since he was not running for political office, he found the publication about his life “utterly absurd, disrespectful of media responsibility, ethically abusive, malicious and unbecoming of a public institution raised into prominence by shareholders’ funds”.

“More disturbing is your representation that the said documentary was ‘sponsored’ without disclosing the ‘sponsors’. You cannot under law, hide under media freedom or freedom of expression to maliciously injure a citizen’s reputation,” Mr. Tinubu said.

Mr. Tinubu warned the TV station against a repeat broadcast of the documentary which he further described as “indefensibly false and malicious.”

“Also note that we are claiming damages of N20 billion from your Company/Media house for the expressly defamatory publication in issue. Failure of which, we will immediately initiate an action against you.”