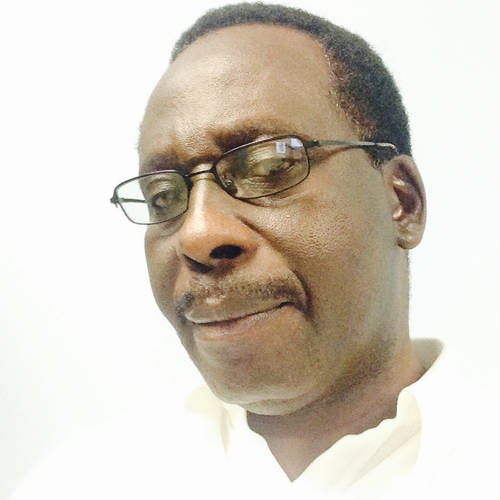 After years of toxic pollution and devastating effects from corruption, Nigeria – Africa’s most populous country – has become a wasteland. It’s not a coincidence that Nigeria is a center for different kinds of corruption parasites.

There are corruption parasites of all kinds in Nigeria. One variety is when officials pocket budget funds for their departments. Another is when bankers embezzle depositors money and when the bankers collude with ministers to defraud the state. Yet another is couched in ambiguous terms such as “security vote” for governors, “stomach infrastructure,” “mobilization fee,” “constituency allowance,” and so many corruption laden bogus aliases.

The Nigerian poor is caged in all avenues, in every direction, are blocked and booby trapped by corruption. The experience of poor Nigerians is that their living is confined and shaped by forces and barriers which are not accidental or occasional hence avoidable, but initiated and entrenched by their own government.

Corruption is both a major cause and a result of poverty in Nigeria. It occurs at all levels of our society – local, state, and national governments, civil society, judiciary functions, large and small businesses, military and other services and so on.

The poverty foisted upon our people is exclusively a creature of the government in consensual economic dealings anchored on corruption. Conditions of concentrated poverty are visible and prevalent in our neighborhoods. Nigerians bleed from corruption and like the President-elect rightly said “If we do not kill corruption in this country, corruption will kill Nigerians.” There is no better way to say this.

One of the pillars of democracy is transparency. Citizens have right to know what goes on in the government. Citizens should be given the chance to contribute their input before decisions are made on their behalf. People should have the right to probe unaccountability in government.

It is obvious that the poor are the most hard hit by corruption. Corruption undermines our political development, democracy, economic development, our people’s health and much more. At all levels corruption makes it difficult for our people to effectively participate in our democracy: the people’s interests are not represented. Corruption has made our lives more painful and unbearable.

For years and especially the Jonathan years, newspaper headlines compete for stories on ministers and other top government officials embroiled in scams that involve millions and billions. Despite the huge uproar and campaigns and deeper highlight on corruption by various organizations, little has been done to stem the tide of corruption. No one is surprised why the fight on corruption is so hard and seems impossible to fight. Indeed, our government in collusion with powerful interests have always made corruption difficult to fight.

Come May 29, President Muhammadu Buhari should make it harder for any Nigerian to embezzle millions and billions. Buhari can learn another strategy for tackling corruption from the Chinese and the Vietnamese.  In Vietnam, they don’t just send unscrupulous financiers to jail, they send them to death row. In China, corruption is punishable with the death penalty if the sums acquired illegally go beyond a certain threshold.

According to Vietnam’s Tuoi news outlet, last year Vietnam sentenced three corrupt bankers to death by firing squad. Two of the bankers on death row embezzled $25 million from the state owned Vietnam Agribank. A 57-year old former regional boss from Vietnam Development Bank, another government-run bank, was sentenced to death over a $93 million swindling job. Several of his colleagues were sentenced to life imprisonment after they confessed to securing bogus loans with a diamond ring and a BMW coupe. But for most part, Nigerian bankers whose greed nearly caused financial collapse of our banking and financial institutions and economic melt down didn’t get indicted. They got bonuses.

The Chinese people viscerally hate corruption and are reluctant to see the death penalty dropped. They do not see why corrupt officials should benefit from foreign standards on human rights. “Corrupt officials who deserve the death sentence should all be executed by shooting. Otherwise, they will find a way to save their lives with the money they have embezzled,” says Zou Xingyu, a Chinese commentator on Tencent Weibo, a popular micro-blogging site.

Chinese criminal law states that anyone who embezzles more than 100,00 yuan ($16,340) can be sentenced to death. In 1980s 103 Chinese officials at the level of ministers or above were tried in court and 80 per cent were found guilty of bribery and embezzlement. Six were sentenced to death, 27 were given suspended to life imprisonment, and 44 were given sentences of varying lengths. In 2011, two corrupt deputy mayors of Suzhou and Hangzhou in China were sentenced to death while the head of the State Food and Drug Administration was executed for corruption.

The current level of corruption in Nigeria is systemic and widespread and calls for drastic solution. It is so entrenched that it is the rule rather than the exception. It is no exaggeration to say that few honest officials are victims in a country that lacks democracy, supervision, and a weak judicial system manned by corrupt judges. I believe the only drastic and effective deterrence to kill corruption before it wipes out Nigeria and Nigerians is to make corruption punishable by death – execution by firing squad.

By the decisive electoral victory of Buhari in the presidential elections, Nigerians seem to be saying “We’re behind you in your crusade against corruption. Do whatever it takes to kill corruption including the use of death penalty.” In our determined march toward a new Nigeria under Buhari, how about making examples of three rotten corrupt officials with high visibility – Femi Fani-Kayode, Ayo Fayose, and Doyin Okupe – known  for their insane combativeness and  statements loaded with expletive epithets – as the first causalities of corruption by execution?

Fani-Kayode is the director of media and publicity of the Jonathan Campaign Organization. Indicted by EFCC since 2008, he’s been in court on and off, off and on, in a N100 million money laundering case preferred  against him. Fayose who became governor of Ekiti State for the second time via Ekitigate election rigging scam is also indicted by EFCC for $1.2 billion poultry scam. Okupe, senior special assistant to Jonathan on public affairs and the erstwhile chairman of Romix Solifix International (Nigeria) Limited, is on EFCC caseload for N800 million road construction contract that he failed to execute. He got the money and just disappeared to Aso Rock under the protective umbrella of Jonathan. All other felons indicted by EFCC should face the same punishment.

A crime buried with justice is never laid to rest. Destroyers of our economy and lives of our people should be given swift and severe punishment. Death penalty for corruption should be our favorite method of fighting corruption and will serve as a sweet revenge for poor Nigerians – victims of corruption.