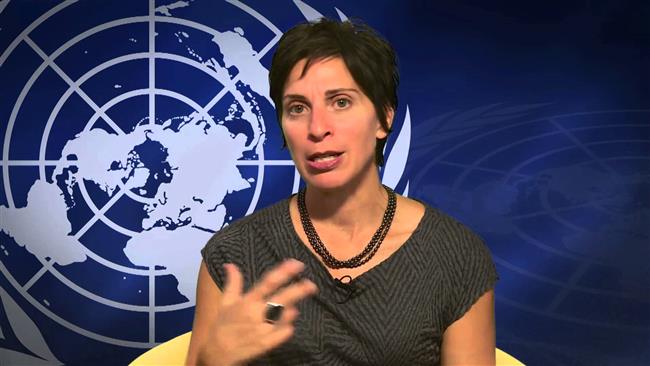 The UN experts warned that the so-called development plan for the historic neighborhood of al-Masora in the village of Awamia in the eastern province of Qatif threatens the historical and cultural heritage of the area with irreparable harm.

They said such a move would lead to forced eviction of 2,000 to 3,000 people from their businesses and residences.

“The area is of importance not only to local people and the entire cultural landscape of Awamia, but also has national significance for the history and cultural heritage of Saudi Arabia,” said the UN Special Rapporteur in the field of cultural rights, Karima Bennoune.

“The planned demolition would erase this unique regional heritage in an irreversible manner,” she pointed out.

Masora is considered a historical model of a walled village, including mosques, farms and farmers markets, places of worship for Shia Muslims, ‘Hussainiyats’, and businesses. It has been of great interest for researchers and experts in the fields of heritage and archaeology.

The imminent demolition of the entire neighborhood is part of a so-called development plan aimed at transforming Masora from a mainly residential neighborhood to a commercial and service zone.

Local residents are concerned that the plan will exacerbate the existing housing crisis and lead to a rise in real estate prices, as the plan does not include the construction of residential buildings.

“Residents have been pressured in many ways, including through power cuts, to vacate their homes and businesses without adequate alternative resettlement options, leaving them at best with insufficient compensation and at worst, with nowhere to go,” said the UN Special Rapporteur on the right to adequate housing, Leilani Farha.

“Demolitions must never lead to homelessness of the evicted persons, so the authorities have to ensure the provision of adequate alternative housing facilities, resettlement and compensation for lost property,” she added.

The UN Special Rapporteur on extreme poverty, Philip Alston, warned about the ramifications of the demolition on the standard of living of Masora residents.

“If implemented, the plan will remove people from the areas where they live and work, resulting in loss of livelihood and difficulty in securing housing,” he said.

The experts also raised concerns over the lack of “any meaningful consultation” with the residents, and the absence of less damaging alternatives, like restoration.

“The Saudi authorities must take all necessary steps to guarantee cultural rights, including the right to the enjoyment of and access to cultural heritage, and the right to an adequate standard of living, including housing, in accordance with international human rights laws and standards,” the UN experts said in a statement.

“They must halt all ongoing demolition works that do not meet these standards and cancel any planned in the future,” the statement said.

Citizens of Qatif and other oil-rich regions of eastern Saudi Arabia have for long lamented about discrimination against them. International rights campaigners have also called on Riyadh to stop the persecution of members of the Shia community, saying they should enjoy more freedom in expressing their religious beliefs.