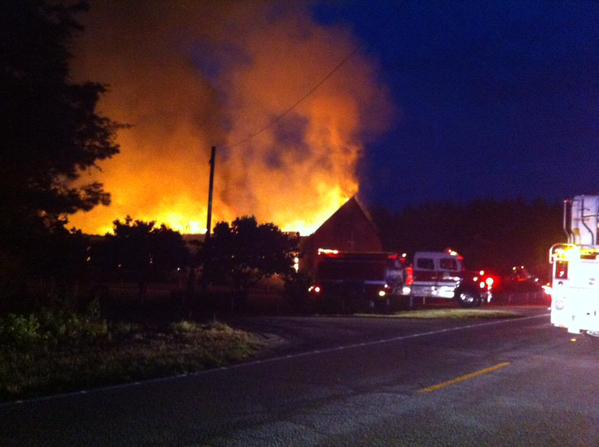 Fire crews in South Carolina are battling a fire at a predominantly black church, the latest in a spate of blazes in the wake of the shooting of nine black churchgoers in Charleston two weeks ago.

No injuries have been reported in the fire at Mount Zion African Methodist Episcopal (AME) Church in Greeleyville, about 65 miles (104km) from Charleston, and Clarendon county fire department said its officers had brought the blaze under control.

The cause of the fire is not yet known, and there have been reports of storms and lightning in the area earlier in the evening.

But since a young white man shot nine black people in the Emanuel AME church on 17 June, at least six predominantly African-American churches in the south have been set ablaze. The fire at Mount Zion brings that tally to at least seven. – Guardian