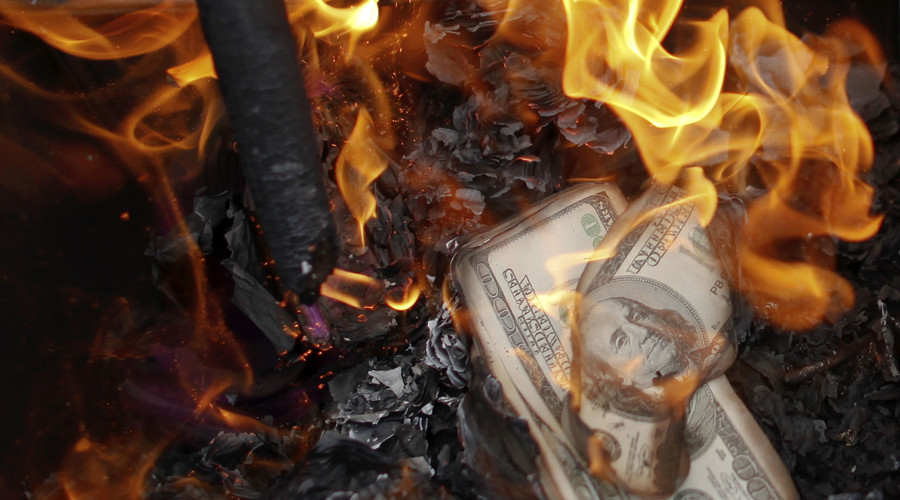 The Pentagon says it has destroyed millions of dollars-worth of cash that terror group Islamic State (previously ISIS/ISIL) was using to pay wages and finance its operations in an airstrike on the jihadist Iraqi stronghold in Mosul.

“The bulk cash distribution site was used by [ISIS] to distribute money to fund terrorist activities,” Lieutenant Commander Ben Tisdale, a US spokesman, said in a statement.

The US-led coalition used two 900kg bombs to destroy the facility, a Pentagon official told AFP on Monday, speaking on condition of anonymity.

“We estimate in the millions of dollars … from all their illicit stuff: oil, looting, extortion,” Tisdale said.

He added that bombing raid early Monday was one of a handful that has targeted cash-storing sites since the coalition started attacks on ISIS positions, and was probably the most bountiful to date.

According to CNN, which was the first to report the strike, five to seven civilians were estimated to have been killed in the attack. The TV network said the US military were prepared to have up to 50 civilians killed in the operation, but choosing dawn as the time for the attack helped to minimize casualties.

The US, which has faced criticism over the slow progress in its anti-IS campaign from its regional allies and Russia, which is conducting its own anti-terrorist operation in Syria, has been gradually widening the array of targets for its bombing raids.

The US-led coalition started attacking oil trucks used to smuggle stolen crude oil and other non-military targets with the goal of undermining IS resources. Washington cited concern over potential civilian deaths as the reason why it didn’t try to cripple ISIS’s economic resources earlier. US warplanes even dropped leaflets, warning of an imminent strike, 40 minutes before bombing one of the terrorist oil convoys.