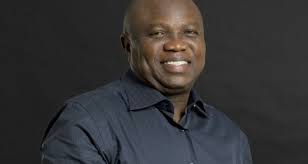 The three female students of Babington Macaulay Junior Seminary, Ikorodu, Lagos state, who were kidnapped from their hostel on Monday have been rescued. The circumstances of their freedom are still hazy, but they were said to have been rescued at Igbo Okuta area of Ikorodu. TheCable understands that the girls have been taken to an undisclosed hospital for medical examination.

Lagos Deputy Gov. on the scene

The girls were rescued by the security agencies in an operation that started in the wee hours of Sunday. A senior police officer told TheCable: “We were certain that the girls would be rescued alive because we had good intelligence on the operations of these gangsters. We had them cornered, and it was just a matter of time for them to reach a cul-de-sac.”

The kidnappers reportedly contacted Victor Ayo Olusa, father of the first victim, to demand a ransom of N200m, which was later lowered to N20m per student. Steve Ayorinde, Lagos state commissioner for information and culture, confirmed the good news to TheCable. “I can also confirm that no ransoms were paid,” he said.

The three pupils – Timilehin Olusa, Tofunmi Popo Olaniyan and Deborah Akinayo – were abducted from their school on Monday night. The Lagos state government blamed the crime on some pipeline vandals who have been sent out of business by the security agencies. Babington Macaulay Junior Seminary is owned by the Anglican church. Follow us on twitter @thecableng