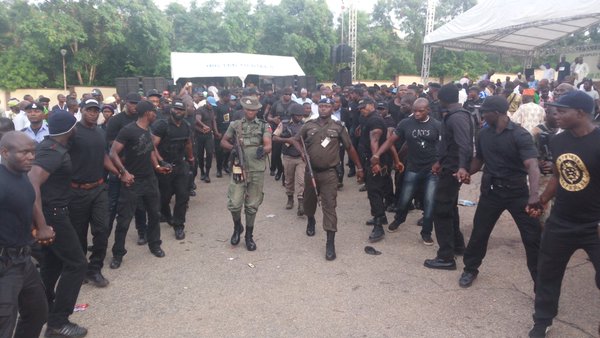 There are dozens of policemen and security guards creating a path for him in the images with comment by Sulaiman Fasai, “This is how it looks like when Buruji Kashamu moves. In a country that has govt.”

This happens while most Nigerians suffer excessive violent crime due to a lack of adequate policing. Governors have as many as 160 official security officers.

Buruj Kashamu is wanted in Chicago for drug charges and is the man behind the crime movie, “orange is the new black. 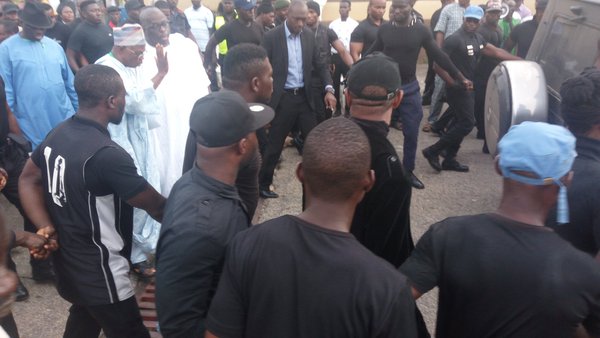 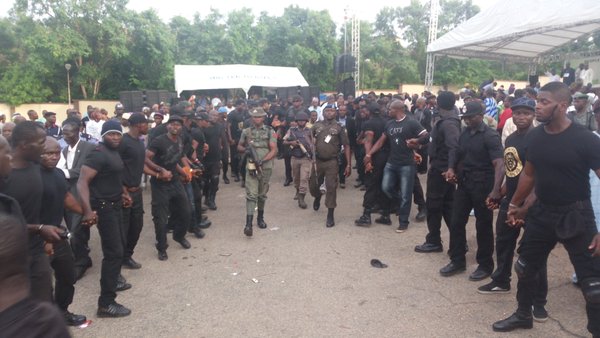 This is how it looks like when Buruji Kashamu moves. In a country that has govt.@MrAyeDee @Omojuwa @ogundamisi pic.twitter.com/NWgOsJPK2Q