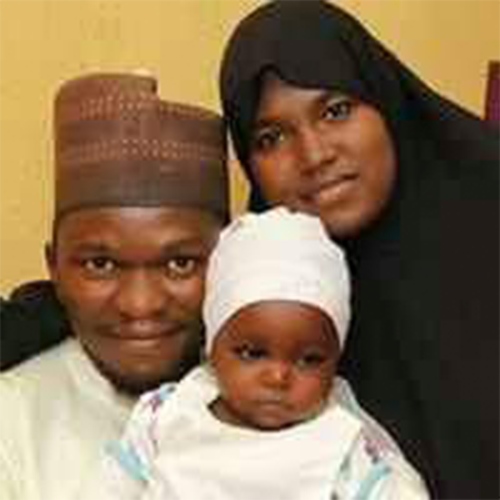 On the evening of December 12th, Bukhari set out for Kaduna from Abuja. Sheikh Zakzaki had sent word out that the Military was violently clamping down on their religious activities once again with deadly force and that the faithfuls should come save their Islamic Center and their right of free worship.

Bukhari’s friend mentioned in our ENDS Group chat that he had tried to convince him not to go since it was all over the news already that the Nigerian army was massacring the Muslims there.

Barricaded in the Husainiyyah Islamic Center, Bukhari posted updates on his FaceBook page to a horrified audience of the assault by the Nigerian Army on them inside all night till the wee hours of the morning.

He described how the military stationed in battle-mode outside the complex was firing shots and missiles at any living or moving thing within. How they were bombing the buiolding.

“Disappointment and confusion in the camp of Nigerian soldiers as they about to face the biggest shame of their lives… they have done all the killing and injuring score of brothers and sisters, yet, we remain peaceful. They expected confrontation, the only thing they are getting is the loud slogan of “Allahu Akbar” Allahu Akbar” Allahu Akbar” Ya Mahdi Ya Mahdi Ya Mahdi is what is echoing here from brothers and sisters and children … What a disappointing outing for the Zionists zombies…. as shame and defeat is eminent .. with all the re-enforcement and weapons and shooting Power, the Will and resolved of brothers and sisters is just getting started… You cannot structured us according to your fancy …. We are Muslim.. Lovers of Muhammad and the Family of Muhammad ….. We have a code of ethics and engagement… No provocation can force us to do your bidding … If you have border to read about Islam … it is a defensive religion not offensive ….. and they are alot of steps and procedure of engagement in Jihad please…. You cannot structured us according to your ignorance and deception‪ #‎siegeonhussainiyyabaiyyatullah‬”

A shot hit Bukhari’s wife, Aisha and she fell. She had their baby, little Batoola on her back and perhaps from crushing or suffocation, they died together.

Bukhari finally posted that may Allah forgive me and anyone I have offended, I may be killed any moment and I am ready to meet my Lord. It was Bukhari’s last post. Bukhari Muhammad Bello Jega died that night. From Allah he came and to Allah he returned.

“Unfortunate battery is running out and maybe this is my last post …. and it is already morning as the call for prayers is already taking shape insha Allah … Whatever the situation please do forgive us we are not perfect but just trying to see what we can contribute so that we can have excuses before Allah when he asks us about the state of affair about Islam… We can say Ya Rabbi we did our best and in the process we were martyred in the process.”

His wife’s elder brother and sister also died that fateful night of blood.

Bukhari’s wife was raised in the Islamic movement umbrella, but Bukhari was not, at some point it appears he got convinced by their theology.

Bukhari’s friend Olabisi Lanre Hammed, visited his FaceBook page to read Bukhari’s “intellectual analysis” of the tragedy but rather found his death. In his tribute on December 17th, he wrote:

“…I have been listening and reading several news and comments on the incidence for some days now but wasn’t fed enough. Few hours ago, thought of you came to my mind and i remembered I hadn’t seen any post from you for sometimes now. Suddenly, i decided to go straight to your Facebook wall, and all i could see was series of tributes to your obituary. I wanted to read your usual brilliance, logical, technical and controversial analysis of the scenario but end up reading your obituaries, never knew u were also involved.”

Bukhari was a zealous Alumni who fought to build the University of Abuja Alumni association, his friend, Odeh Junior wrote. 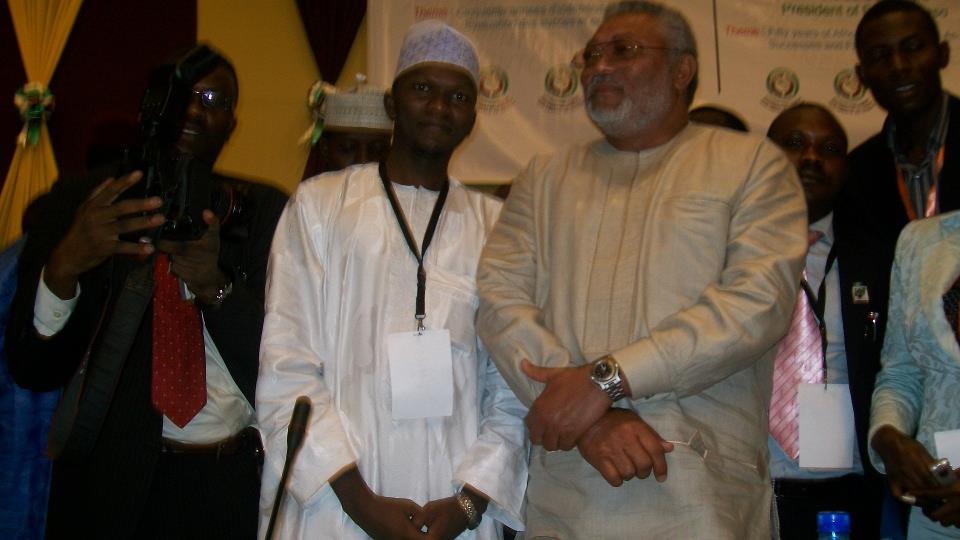 The tributes are flowing on his FaceBook page like the rivers of martyrs’ blood flowed in Zaria that night.

Our member of ENDS who went to pay condolence visits to the family of their good friend narrated the story.