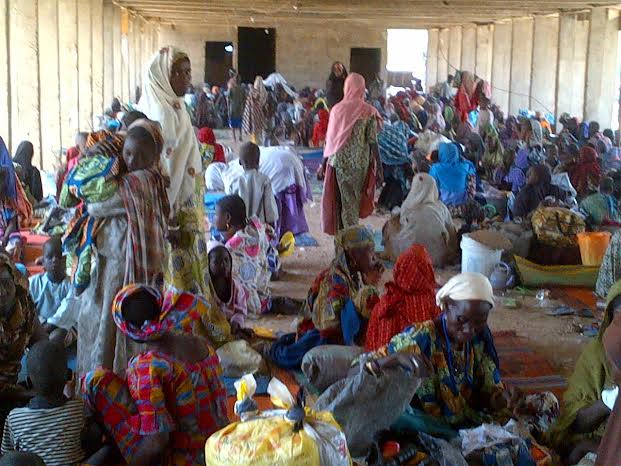 FOLLOWING—THE latest rescue of additional 234 women and children by the Nigerian Army from the Sambisa Forest in Borno State, indicated, yesterday, that a sizeable number of the rescued girls were visibly pregnant, even as unofficial reports put the latest number of pregnant girls in one of the camps in Borno as at last Saturday at 214.

Giving this indication in Lagos, Executive Director, UNFPA, Prof. Babatunde Osotimehin, also disclosed that in the last one year, the organization had taken deliveries of over 16,000 pregnancies in the troubled North East part of the country.

Osotimehin, while giving update of the response to the rehabilitation of the rescued women and children,  said the organization, in anticipation of the magnitude of the problem on hand, had put in place a formidable team in collaboration with the Federal and state governments, to first restore the dignity of the girls, who, he said, are facing severe psychosocial trauma.

On the state of the girls, he explained that most of them, due to the long period spent in captivity, required a special set of services that would facilitate their integration into society.

“What we found is that some of the women and girls that have come back actually have much more in terms of the stress they have faced, so the counselling has to be more intense and working with them one-on-one.

“I’m glad the communities are not excommunicating them and are taking them back. That is an important therapy too. We anticipate this is going to escalate because the military intervention is continuing, we find that more people are now needing our services and we will continue,” he stated.

Further, he explained that the UNFPA had earlier collaborated with the Federal and state governments to train 60 counsellors to offer psychosocial services to the affected women and children. He noted that those trained were people from the communities, who understand the context and sociology of the people.

“UNFPA is providing dignity for women. In conflict and disasters, most people would only think of water and sanitation, provision of tents and housing, and food, which are all important. But women and girls have specific needs that nobody else looks after; it is only UNFPA that is doing this. We are giving psychosocial counselling.