Oil reserves exist in the Chad basin, which is centered in lake Chad which is surrounded by Niger, Cameroon, Chad and Nigeria. Chad is an exporter of oil which runs in 1070 km pipelines through Cameroon.

Nigeria’s exploration of oil from the Basin which extends through Yobe, Borno and Adamawa States have been hindered by Boko Haram insurgency which deliberately hampers commercial exploration. Oil has been discovered in Lake Chad but terrorism continues to push forward the mission of Nigeria to start drilling for commercial quantities. 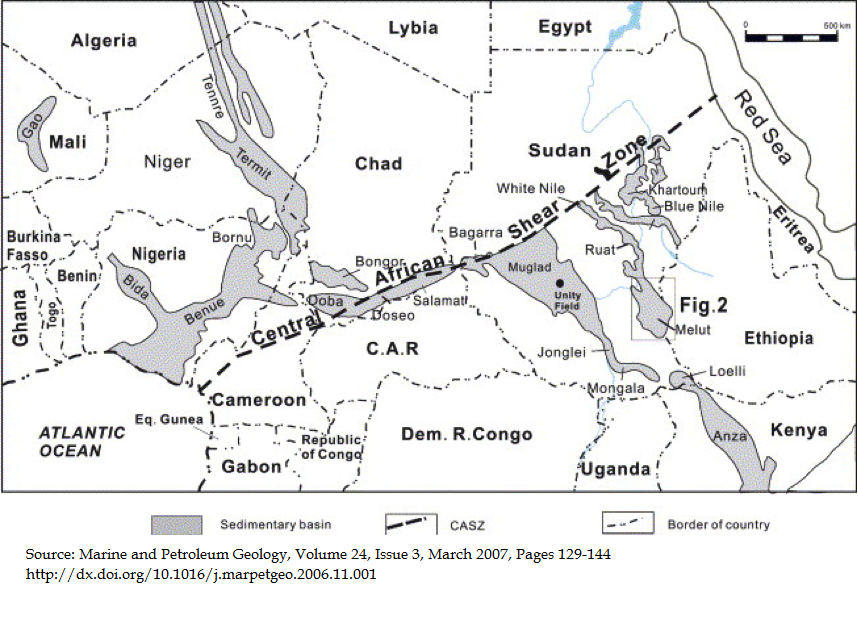 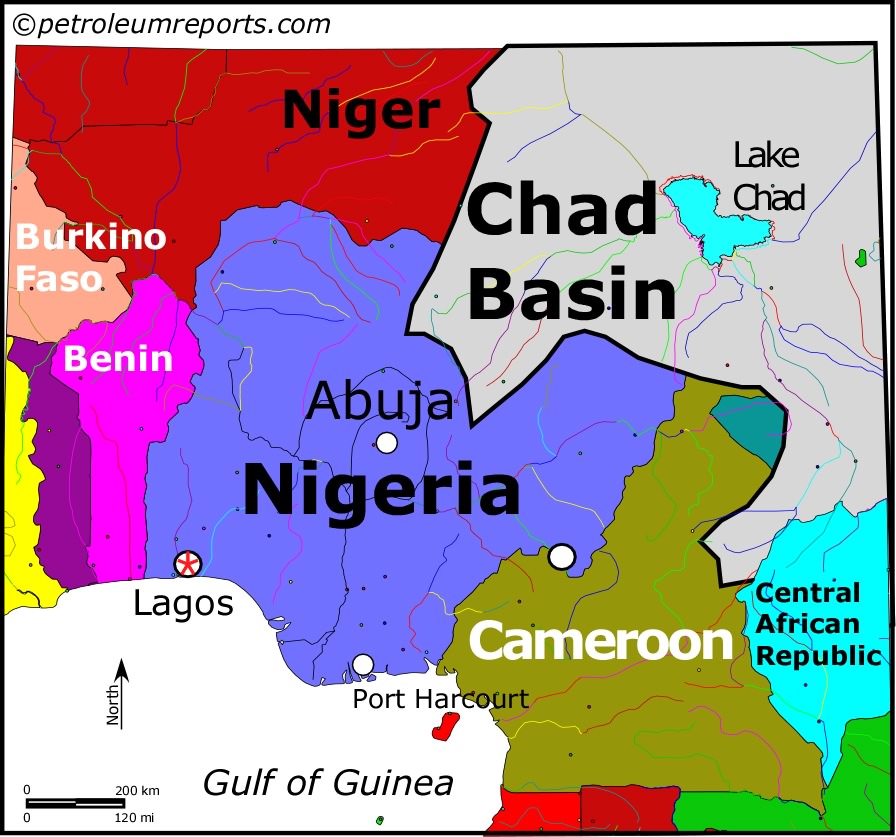 “Vanguard learnt that the various technical personnel who provided support services for exploration activities have left the region from fear of being killed, while geologists in the Nigerian National Petroleum Corporation (NNPC), also shunned the volatile Basin in Borno State for fear of losing their lives.”

According to E&P mag: “Hopes of stepping up oil exploration in Nigeria’s Lake Chad Basin have been dashed by the brutal attacks of Islamic Boko Haram and the Ansaru sect terrorists in the country’s northeastern region.

Between 2011 and 2013 the Nigerian government provided $240 million to facilitate oil and gas exploration activities in the Lake Chad Basin and other northern hydrocarbon basins, including the Benue Trough, Bida Basin and the Sokoto-Rima Basin in northern Nigeria, said Jerry Gana, a former minister of information and chairman of the Northern Economic Summit.

Oil prospecting in the Lake Chad Basin was “yielding promising results and may lead to commercial exploration of oil and gas this year,” Nigeria’s Vice President Namadi Sambo said in a 2013 article in The Weekly Trust. Three blocks were identified for potential oil and gas exploration, and hopes were to begin exploration work by 4Q 2013 or 1Q 2014.”

The Boko Haram insurgency has conveniently provided Chad, under the government of Idriss Deby, unfettered access to oil under Nigeria’s soils through 3D oil drilling from within its territorial borders, which the country exports.

The neighboring Francophone colonies of France, Chad, Cameroon and Niger without compensating Nigeria are now drilling off and selling significant quantities of Nigeria’s oil under partnerships with multinationals. According to the “Rule of Capture,” this is legally permitted so long as the drilling is done within the individual’s territory and does not extend into the neighbors land; oil, water or other resource can be harvested from the State’s territory, even if being drained mostly from reserves underground held largely in neighboring States. 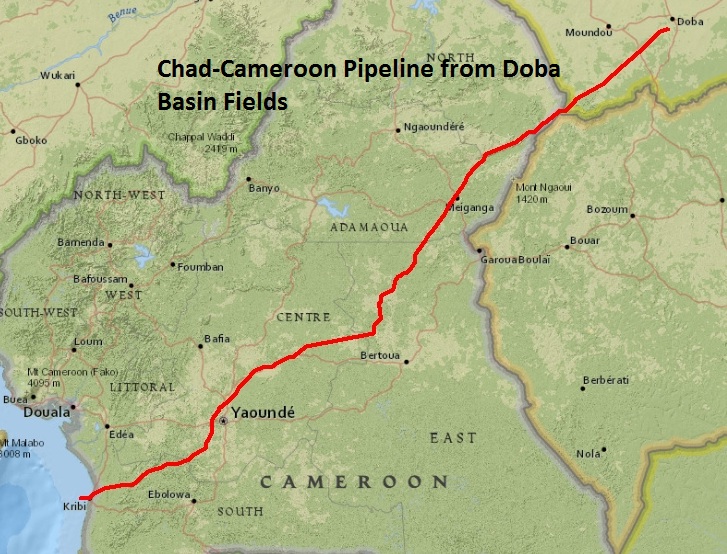 With the Hague Ruling in favour of Cameroon and the handing over of the Bakassi peninsula, the same way, Cameroon is drilling oil flowing out of Nigeria’s Gulf of Guinea, safely from its territory. The Hague ruling favored these foreign investors and French -Cameroon partners.

Big players have abandoned Nigeria and invested heavily in its neighbors. Billions of dollars have been invested by multinationals in the Lake Chad exploration in Chad and this oil is tapped through Chad. The over 2 billion oil reserves are flowing through the Chad-Cameroon pipeline (soon to extend to Niger), leaving terror bedeviled Nigeria out of the loop.

Currently, oil from Lake Chad being drilled by the Republic of Chad is transferred to a stationary FPSO –Floating, Production, Storage and Offloading vessel, which can store over 2 million barrels of oil and processed oil shipped through tankers to the international refineries at the Port of Le Havre in France.

It goes without saying that France benefits largely from the Boko Haram terror crises in Nigeria’s northeastern States that hamper Nigeria’s exploration o f the linked reserves from within its territory.

Named terror sponsor, Ali Modu Sheriff is thoroughly invested in Chad’s oil and gas industry. He is a benefactor of the tapping of reserves from Nigeria through Chad drilling. The recent urgent trip by him and Nigeria’s President after he was named a Boko Haram sponsor by President Jonathan’s terror negotiator, Australian Doctor Stephen Davis is believed to have been necessitated to restore investor confidence in Chad and assure the Chadian partners in tapping of oil from the common basins that all is well, Nigeria’s President will stand by Sheriff and protect their common investments in that industry and country. Former President Olusegun Obasanjo and the current President are both said to have been introduced to the lucrative investments in Chad by Senator Modu Sheriff.

Documents at our [ENDS] disposal give detailed analysis and description of the aggressive drilling and export of oil from our common oil pools by our neighbors and includes the States and multinationals involved.

Wikileaks documents at the onset of Boko Haram terror revealed a certain Abu Mahjin, from Chad who was noted to be a true founder of the terror sect. A motive can now be drawn. “Abu-Mahjin (Terrorist Identities Datamart Environment, TIDE number 24350378), a Chadian national with ties to al Qaeda, who the US detected was on mission to organize some sort of terror operation in Nigeria.” [https://newsrescue.com/boko-haram-foreign-terror-via-nigerias-porous-borders-the-urgent-matter-of-national-security/] 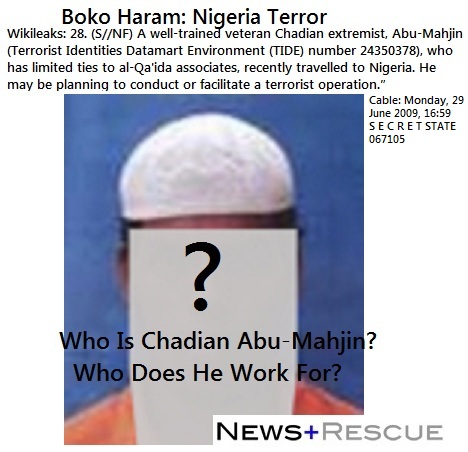 Terrorism in the oil rich Niger delta and in the oil rich Chad basin conveniently decreases Nigeria’s harvest of its oil while multinationals have side-stepped Nigeria and figured how to reach the precious material in common oil pools from neighboring States. Top players in Nigeria are invested in this lucrative opportunity through investment partnerships in the neighboring countries. Instability and terror profits these individuals.

The Stephen Davis revelation is opening up a new understanding of the seemingly intractable conflict in the northeast. We need to ask many questions.