Mohammed Lawan, a self-professed associate of Sheik Auwal Adam Albani, has told SaharaReporters that those redefining Islam in Nigeria were behind the slaying of Mr. Albani and other Islamic clerics in Northern Nigeria.

Mr. Lawan made the claim in a telephone interview from his base in Zaria.

He also disclosed that the slain cleric was a pursuing his second degree in engineering, and was highly passionate about encouraging young Muslims to seek both Islamic and Western education. According to Mr. Lawan, Mr. Albani’s killers were the elements who insist that Muslims in the North must do away with anything that has to do with Western education and only embrace what they ignorantly referred to as sunna. He accused such elements as misrepresenting Islam in their bid to silence any opposing views.

Asked whether he was referring to the militant Boko Haram sect, Mr. Lawan replied, “All I want to say is, those that killed Albani are those struggling to redefine Islam and insisting that we change Islam to suit their description. And Albani was saying, we cannot change Islam to suit your creation. Instead we will stick to it as prescribed in the Quran and Hadit.

“What Albani was saying was, you cannot be bombing and killing innocent people in the name of propagating Islam. Forcing anyone to [convert to] Islam is un-Islamic. And so Albani stood his ground always, [contending] that it was not Islam but rather their own creation and understanding. And now we all witnessed how he was brutally killed with his wife and child. Albani was arguing that there is nothing wrong in pursuing education. Islam is a knowledge-based faith, and where does the world get science and even medicine? Albani himself was a post-graduate student of Electrical and Electronic Engineering.”

He said the solution to the problem lies with the Nigerian government and the leadership of Muslim communities in the country. “The government in Nigeria must stop [the] politicization of this matter and face it squarely. The military and security agencies must be equipped and [we must] keep politics aside. We as Muslims too have a serious role to play. We must stand up and fight their gradual incursion into our communities and radicalizing young boys. What they are doing is not Islam, we have to fight it. There will be danger ahead if we allow these people to dominate us.”

Mr. Lawan stated that Nigerian security agents were not serious, adding that instead of giving protection to clerics like Mr. Albani, the security operatives spent time harassing him and investigating how he ran his schools even though he was in the front line of opposing violent elements.

IMAGES of burial attended by thousands 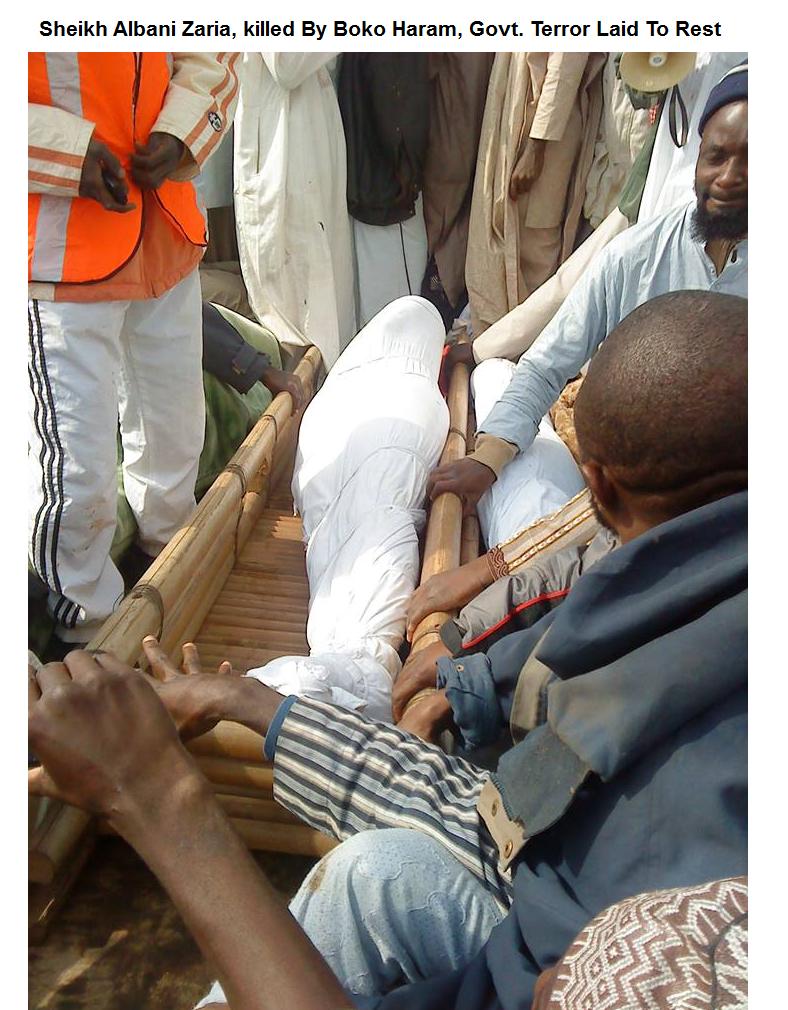 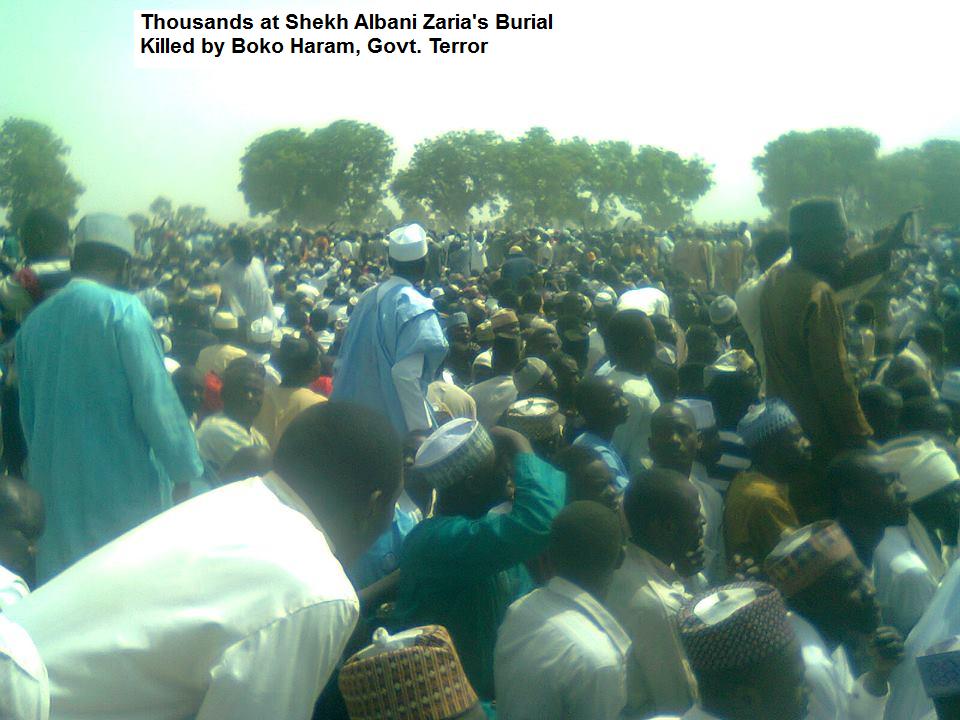 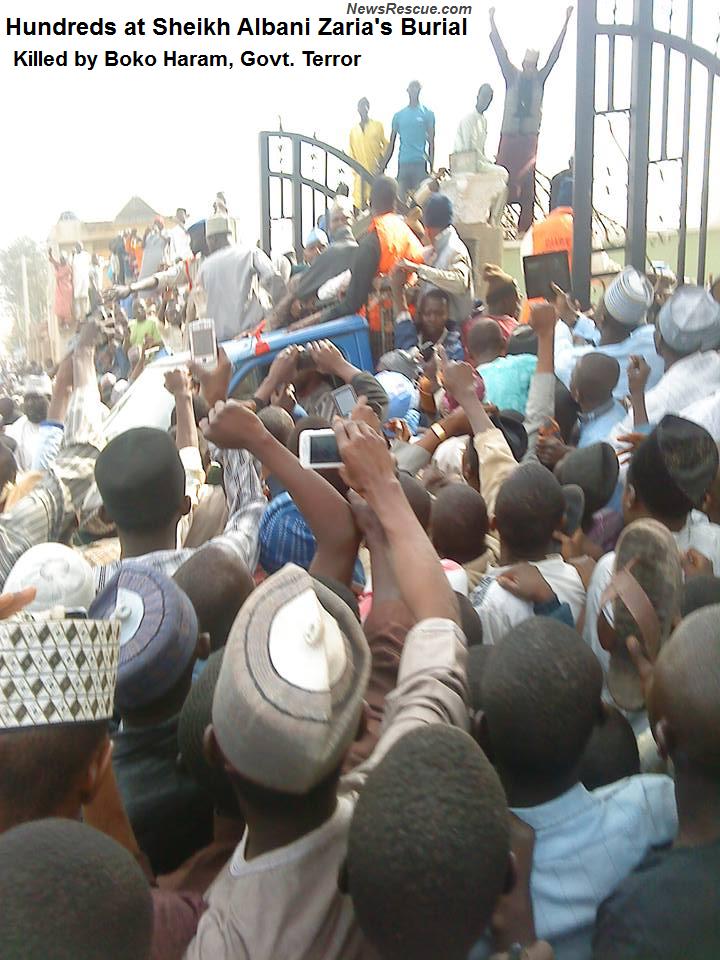